Growing up expecting to go to Bob Jones University today was just another part of life as a member of an IFB (independent fundamental Baptist) church. Unless of course you were one of those heathens who went to Hyles-Anderson. Really, though, if you grew up in the IFB church and school that I grew up in, your options for acceptable colleges were limited. My choices were to go to Maranatha Baptist Bible College, Pensecola Christian College, Northland, or good old Bob Jones, and major in childhood education, hoping to meet an up and coming pastor who could make me his wife and let me teach in his church’s Sunday School.

My parents, thankfully, encouraged me to expand my horizons beyond the limited options that my church and school presented me with. By the time I graduated from high school, I knew I had other options and I took those options. Still, dreaming of going off to Bob Jones was a normal part of growing up in the IFB.

My friends and I would make elaborate plans for how we’d hide our secular music CDs and T-rated video games while we were there. We’d gossip about all the weird rumors we’d heard–“Did you hear about the guy who got expelled for borrowing someone’s umbrella and forgetting to give it back?” “Do they really have pink and blue sidewalks?”. We’d sit through special chapels at our Baptist high schools where BJU got their prettiest students to come and give us free pens and tell us to apply to their school. When no one was looking, we snickered about going to “BJ University” even though many of us weren’t 100% sure what a “BJ” was.

What happens there affects many people, including many survivors.

This is why I was relieved when the school decided to hire a team of investigators to look into how BJU has handled cases of possible rape and sexual assault.

That was a big deal.

I’d grown up being taught that rape was a problem “out there,” but not “in here.” That if I strayed from God and went to a public school, I’d get raped (yes, I actually heard sermons saying this growing up). Rape was something that happened to “bad girls,” and those “bad girls” deserved it anyway so we shouldn’t spend too much time being upset about it.

When I saw that BJU was being investigated, I hoped that this would open doors for other IFB schools and churches to hold similar investigations. I’d hoped that people from BJU and elsewhere would get chances to tell their stories that they might not get otherwise.

The silence in these churches and schools can be deadly and dangerous. By using rape as a threat reserved for those who step outside of acceptable Christianity, these schools and churches allow rapists within acceptable Christian circles to get away with what they do. They ensure that many survivors will stay silent, for fear of being seen as a “bad Christian.”

I’d hoped the investigation of BJU could break some of that silence. I knew it wouldn’t solve the problem. The IFB is a misogynist, heterosexist, racist bunch, and as long as structural oppression exists, rape culture will as well. But I still held out hope that this investigation could help a few survivors, change a few minds, and open the doors for much-needed conversations.

With this in mind, it was heart-breaking and infuriating to find out last week that BJU has fired GRACE, the firm in charge of this investigation.

With this blog post, I’m going to ask you to take a second and care about this. I see so many feminists and mainstream social justice folks dismiss the abuse that happens in fundamentalist Christian circles. They see it as happening among a “crazy” religious fringe group, and say victim-blaming things such as “Well, it’s Bob Jones University. What else do you expect?”

I’m asking you not to be like this. Don’t dismiss these issues, no, these people as unimportant. Take a second to talk about this if you can. Sign and share this petition asking BJU to rehire GRACE and continue the investigation. Listen to survivors of IFB spiritual abuse, and don’t tell them “Well what do you expect?”

This is a feminist issue and it matters because IFB survivors, and rape/sexual assault survivors still in the IFB matter.

*Note: I did not receive this message from everyone I grew up with, and I am grateful for those who countered these harmful messages with truth.

February 6, 2014
Not So Fast, The Daily Beast: The Radical Act of Trusting Children
Next Post

February 12, 2014 Was Jesus Progressive For His Time?
Recent Comments
12 Comments | Leave a Comment
"Right there with you. The 'stop crying or I'll give you something to cry about ..."
Stacey Swanson Privilege, oppression, and being “nice”
"I mean I agree with the author, Sarah..."
Lauren Crouse Why Chris Rosebrough is Wrong: A ..."
"I agree with this article and it's downright pathetic how sexist and confused everyone is... ..."
Lauren Crouse Why Chris Rosebrough is Wrong: A ..."
"Sarah Moon writes as if she believes that complementarians have pulled this view out of ..."
Eli Taft Complementarians are trying to scam us.
Browse Our Archives
get the latest from
New Visions
Sign up for our newsletter
POPULAR AT PATHEOS New Visions
1 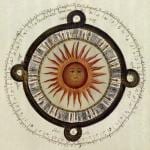