This week I am happy to host Keisha McKenzie as part of my Liberating Liturgies series. A few days ago I published part one, and now here is part two! These posts were originally published at the Journey Fellowship website, and at McKenzie’s own blog.  If you’re interested in writing your own Liberating Liturgy, check out this post with some instructions, read some examples, and email me at moonsn11@gmail.com. In the mean time, enjoy today’s guest post! Keisha E. McKenzie worships with Adventists and Quakers, works with individuals and non-profits in the DC-MD metro area, and posts new writing on her website, mackenzian.com. Reach out to her on Twitter at @mackenzian. 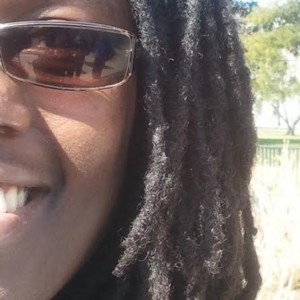 Defining the Church and Building the Gate

How a tradition defines itself and situates itself on the religious landscape matters: ecclesiology hammered out in seminaries has real, relational implications off-campus. Perhaps the Adventist covenant focus on the denomination’s distinctive beliefs is rooted in the fact that unlike the Roman, Orthodox, Anglican/Episcopal, and mainline denominations, Seventh-day Adventism doesn’t represent itself as a facet of the universal church. Instead it represents itself as “the remnant church of bible prophecy”—the part of the whole that emerged after multi-millennial apostasy.

The “remnant” model surfaces explicitly in 3 of the 13 Adventist vows (8, 9a, and 13), suggesting that within the Adventist doctrinal context, one of the most important things new believers could adopt is an identity distinct from their peers beyond the walls. The individual lifestyle vows (6, 7, 9b, and 10) further highlight the differences between people inside the church and those outside it: the remnant church is a micro-community and has its own norms.

Whereas the 11th vow is a catch-all for any belief or lifestyle practice that the remnant church may teach, the 12th points to the baptism ritual itself. The final vow references “people of every nation, race, and language,” but only indicates that manykinds of people may be represented in the remnant. It doesn’t assume that the entire world is part of the Garden of God. [2] So it makes sense that the church’s vows are inward-focused. It also makes sense that as church members glimpse a world beyond these limits, this 13-vow covenant won’t adequately support them.

Eric Moon participates in the Religious Society of Friends (Quakers), a tradition that distrusts creedal religion in the same way that the first few generations of Seventh-day Adventists did. In a June-July article for the Friends Journal, he and other Quakers explore their community’s collected experiential wisdom and how it varies from fixed formulations.

“Human beings need words to communicate. But when we codify, make creeds, and canonize a few words, we limit our vision, as well as the possibility of God’s work through us. Walking away from such deified virtues, where might we go instead? What if we were to start with fresh, personal experiences and then shared them in a manner that was as mediated as little as possible by advance expectations?” —Eric Moon

Living Life in the Garden of God

I talked with 12 people recently about their baptismal vow experiences. I’m still drawn to the concept of developing covenants in community that help move individuals and groups towards action and not just towards static opinions. (I’ll admit: in the last 17 years, I’ve developed some fixed beliefs and would not join in covenant with a congregation that did not share them. Fortunately, said beliefs are few!)

Several of the people I spoke with did not find their once-vowed covenants relevant to their spirituality today. So I reflected on which commitments I could agree to that would support my active journey now:

I also drafted some more explicitly theistic comments, but began to wonder what it could mean for a faith community to be able to thrive with members who are no longer engaged in a religious life. The Unitarian Universalist tradition is one that has come to include both religious and non-religious people; Quaker meetings also sometimes include non-religious people, and I’m learning from adherents how that works in practice.

John Spong writes in his latest book on the gospel of John that “While God may not be subject to change, the human perception of God is… God cannot be possessed, nor can the ‘word’ of God ever be reduced to propositional statements.” As I read accounts of the life of Christ and the early believers in Acts and the epistles, I notice how much a living faith can vary from official religious channels, at times extending their teachings and at others overruling them to support the healing of the people. I see that when believers practice not “quenching the Spirit,” wisdom draws us beyond the walls of the familiarly systematic and helps us to grow. Perhaps we need new commitments for such a life.

“To learn from our testimonies, to make them our own, we perhaps can meet them again, not quickly via a short list but as John Woolman did: in human faces, on foot, walking.” —Eric Moon

— [1] I asked my network about their baptismal covenants and whether these covenants had shaped their faith journeys. Read what they told me. [2] Seventh-day Adventist General Conference sessions are held every five years. At the end of the session, church members from every nation-state that has an Adventist presence march into the stadium in national garb and holding their country’s flag. The Parade of Nations is an incredibly powerful visual that highlights the 13th vow’s reference to people of every nation, race, and language participating in the church. It also generates some friendly national pride among church members and builds a sense of community for those within the denominational fold.

October 28, 2014
Liberating Liturgies: From Vows to Action, Part I (by Keisha McKenzie)
Next Post

November 5, 2014 Telling My Own Story: A Perspective from a Kinky Christian (A Guest Post)
Recent Comments
0 | Leave a Comment
"This, this right here. 👍👍👍"
Lir Talan 12 Reasons Why You Can Totally ..."
"I agree with you totally..I walked away from main stream Christianity and my calling due ..."
Bill Luginbill Telling My Own Story: A Perspective ..."
"Right there with you. The 'stop crying or I'll give you something to cry about ..."
Stacey Swanson Privilege, oppression, and being “nice”
"Sarah Moon writes as if she believes that complementarians have pulled this view out of ..."
Eli Taft Complementarians are trying to scam us.
Browse Our Archives
Related posts from Sarah Over the Moon