Billy Wilder was more than the Steven Spielberg of his era. While Spielberg is one of the most prominent, acclaimed, and decorated directors of all time, Wilder is that and a writer as well. He wrote the screenplays for most of his best movies, including The Apartment (1961), Some Like it Hot (1960), Sunset Blvd. (1950), and Double Indemnity (1944). The amazing thing about that list is that it includes a comedy, a drama, a bittersweet dramedy, and a hardboiled crime thriller. Here’s something even more amazing: all four are on AFI’s list of the best 100 films. Wilder was good at what he did, as proved by his 21 Oscar nominations.

Double Indemnity (AFI’s #29) is the classic example of what film snobs call “film noir.” Noir is French for “black,” so labeled because of the bleak, pessimistic setting and, literally, for the dark photography of noir films. Film noir is the fancy and old fashioned term for what today are (stupidly) called “dark” or “gritty” movies. “Gritty” means coarse and rough, and is properly a feature of sandpaper or homemade peanut butter, not movies. The right word is “tragic.” If Sophocles were a Hollywood screenwriter, he’d be writing noir. 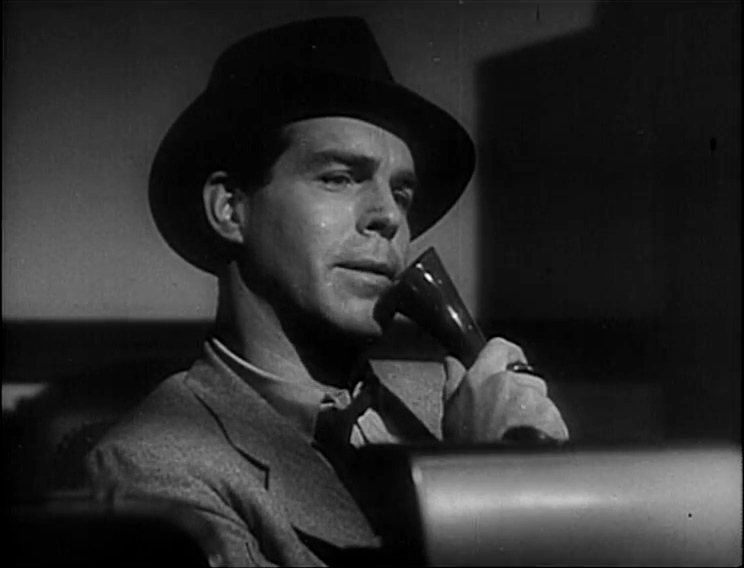 Like classical tragedies, film noir usually follows a noble protagonist who is undone by a tragic flaw. In Double Indemnity, the hero is Walter Neff, an insurance salesman, whose flaw is an infatuation with a married woman, Phyllis Dietrichson. As the movie begins we see Neff stagger into his office, a bullet wound in his arm. He begins to dictate a confession: he murdered a man for money. We learn that Phyllis seduced him and persuaded him to kill her husband. That’s the setup: the payoff is watching the scheme slowly collapse and Neff slowly suffocate as the authorities gradually unravel the truth and close in on him.

Neff isn’t despicable. He’s a little vain; he’s foolish; he shamelessly flirts with a married woman. But he’s clever, he rebuffs Phyllis the first time she tries to seduce him, and he starts out—and ends up—on the right moral ground. He strays in the middle, and that is his downfall. Neff is gradually undone despite himself. He knows he’s being seduced but is unable to escape Phyllis’ charms. “The heart is deceitful above all things and beyond cure.”

Double Indemnity is almost a Calvinist morality play in which the good guy turns out not to be very good and everyone is damned. In fact no one is “good”: not Neff, the philanderer and murderer; not Phyllis, the adulteress and accomplice; and not even the husband, who is a lout and a chauvinist. The closest thing to a good guy in the film is the insurance investigator, Neff’s boss and friend. But even he is a penny-pinching legalist whom, we suspect, hates the fact that he has to be fair to his clients. “There is no one righteous, not even one.” Indeed.

But calling Double Indemnity a morality play doesn’t do it justice, because that makes it sound preachy and sanctimonious. It isn’t. We like Neff and we root for him—even a little bit during the crime, making us his accomplice and compromising our ability to judge him for his sins. Our empathy for Neff, and our desire to see him succeed, is key to the film’s effectiveness. We can identify with him because he’s one of us: neither a saint nor a devil, but a regular joe who got tangled up with a dangerous dame and ended up in over his head and on the wrong side of the law. “Poor guy,” we think, “but for the grace of God there go I.”

I appreciated the subtlety in the filmmaking. In one scene Phyllis is hiding behind a doorway while Neff is on the other side. She nudges the door gently to let him know she is there. He notices, and helps keep her concealed. If the movie were remade today, that little move would be highlighted by zooming in on her nudge, followed by a close up of Neff’s reaction so that we understand she’s hiding; she nudged the door; he noticed; he knows she’s there! Wilder gives the move no emphasis, compelling the viewer to watch the action like a detective.

The subtlety is apparent in another way as well. The story involves adultery and murder, but it all happens off screen. I was able to watch this on my laptop while my kids played nearby and I had no worry that they might see or hear something inappropriate. No doubt a contemporary remake today would star Brad Pitt as Neff, Jennifer Lawrence as Phyllis, and be rated R for showing the seduction and the murder in graphic detail. I don’t think we’d gain much from that version. There is one moment of violence directly on screen late in the film when Neff acts as an executioner, and it is shocking because it is in such stark contrast to the rest of the film. Sometimes less is more.

I loved Double Indemnity. It combines the fun of a crime drama with a tragic love story and a psychological thrills. It also works as a cautionary tale with an edifying life lesson (don’t fall for women who want to murder their husbands). Here’s a movie that deserves it’s place in the pantheon.

May 21, 2013 The Great Gatsby and the Despair of Decadence
Recent Comments
0 | Leave a Comment
"These are good Christian books to read and I will surely add them to my ..."
Don Davies 18 Christian Books the Intellectually Curious ..."
"hmm interesting and informative information, and would like to add interesting information from myself. I ..."
Steve Andrews Violence and Sports in Netflix’s “Malice ..."
"Fair enough--though I do have to wonder at what point someone who believes in ongoing ..."
cneal Common Grace, 2.50
""... we're not deists and don't believe God has created and then left." Not all ..."
Deist1737 Common Grace, 2.50
Browse Our Archives
Related posts from Schaeffer's Ghost