The Gospel through Pagan Eyes

This is the fourth installment of Reading Patristics–a review series dedicated to books about the early church fathers. These reviews will not be exhaustive summaries, but instead are meant to pique the interest of readers to pursue reading in this area of study and a guide to good books in the field. Previous installments: Classical Christian Doctrine, Retrieving Nicaea, and The Theology of Augustine.

From time to time we’ve all wondered, just what have the Romans ever done for us? (Heck, the question has even been set to music!) For those of us raised watching classics like Ben Hur, The Robe, or even the Gnostic Sign of the Cross, we might immediately jump to “persecution” as our answer. Thinking about Romans and Christians summons images of lions, gladiators, and mobs in the coliseum giving the thumbs-down in unison as innocent Christians are torn to pieces. And while this isn’t entirely wrong, it’s also not the complete picture. In The Christians as the Romans Saw Them, Robert Louis Wilken has tried to recreate the evolving Roman view of Christianity and Christian thought in the first three centuries of church history. The result is a much more subtle and nuanced view of the interactions between the early Christians and the dominant culture of the time.

Wilken’s project is to explore Christianity through the eyes of the pagan Romans. The two broad ways in which he does this are by looking at the general cultural understanding of Christianity (as a burial society and as a superstitious cult) and by examining the specific thoughts of five pagan observers: Pliny, Galen, Celsus, Porphyry, and Julian the Apostate. Rather than going into the perspectives of each of these individuals (and they are all worth your time and attention), I’ll point out the three ideas that I found the most interesting:

The first is the observation that Christianity is irrational and favors blind faith in revelation (superstition) over the more reasonable wisdom found in tradition. Specifically, the physician and philosopher Galen was troubled by the idea of creation ex nihilo.

The Christian view of God’s will in creation offended Roman and Greek sensibilities. God, in the Greek view, dwelt in a realm above the earth, but he did not stand outside the world, the kosmos. Earth and heaven are part of the same cosmos, which has existed eternally. The world is not the creation of a transcendent God. The cosmos has its own laws, and all that exists—the physical world, animals, man, and the gods—are subject to nature’s laws. ‘Certain things are impossible to nature,’ said Galen, and ‘God does not even attempt such things at all.’ Rather, ‘he chooses the best out of the possibilities of becoming.’ (91)

In other words, our rational observation—cemented and solidified by the traditional observation of the wise men of the past—says that matter cannot be created or destroyed. Believing that God created from nothing simply because the book of Genesis says so is simply irrational. Such irrational faith generates superstitious practices rather than legitimate piety, with the result that Christians cannot be trusted to live the true life of virtue that should be the proper end of every religion and philosophy. (The broader foundation for this idea is developed more in Henry Chadwick’s Early Christian Thought and the Classical Tradition, which will be reviewed later in this series.)

Second, Wilken notes that Christians have made religion historical and personal by arguing that 1) God became a man and 2) salvation comes to individuals. These are opposed to the accepted traditions that 1) the “supreme god” is utterly transcendent and would never step into a single location (which would of necessity exclude all other peoples and locations); and that 2) all peoples, customs, and traditions have access to this one supreme god by means of their local traditions and customs. In a sense, Christians have undermined both relativism and absolutism at the same time by eliminating the intermediary culture from the process of salvation.

The logical conclusion of this, from the Roman perspective, is the third point I want to highlight: Christians are anti-social haters of mankind who undermine the very foundations of society. All of Roman society and order (especially that of Imperial Rome) was based on religious tradition. When Christians reject the local gods, when they reject the traditional means of communing with the supreme god, and when they replace that “one supreme god” with Jesus, these choices necessarily result in the rejection of the whole Roman system. For example, Christians were unwilling to attend public festivals—even the relatively neutral ones celebrating civic events or in honor of local war heroes—because they began or ended with sacrifices to the gods. While the Christians did not necessarily intend this to imply their disdain for civil society, from the Roman perspective they had thumbed their noses at the entire citizen body.

Interestingly, one of the charges brought against Christianity by the more thoughtful pagans was that Christians were such haters of tradition that they had even rejected their own Jewish origins by refusing to obey the law. One of the most fascinating passages in the book is Wilken’s description of Julian the Apostate’s attempt to rebuild the Jewish temple in order to prove Christianity wrong about the law being fulfilled in Christ. In case you’re wondering why it didn’t work, apparently fireballs came out of the ground and consumed the construction workers. (The source for this fact was a pagan and supporter of Julian, which suggests that it is historically accurate.)

Christians responded to these challenges from Rome by thinking more carefully about their own beliefs and further refining their theology. Wilken’s conclusion is that Christianity is in part shaped by its challengers, and for the Christians living in Rome this meant more than just having a well-developed response to persecution—it meant thinking more deeply about the faith.

Overall, this book is excellent. It’s just scholarly enough to show that Wilken knows his business, but also well-written enough that anyone can pick it up and enjoy it. As with many books in this vein, Wilken’s work is especially interesting given modern debates between Christians and the culture. Arguments used by Celsus, Porphyry, Julian, et al., remain the primary points brought up by “modern” writers in their polemics against Christianity. Christians would be well served by going back and reading the early church’s responses to these arguments and drawing on the long tradition of thought that has gone into them.

Dr. Coyle Neal is Assistant Professor of Politics at Southwest Baptist University. He is both anti-social and a hater of mankind.

July 22, 2013
The Woman in White and the Sassy Single Sister
Next Post

July 26, 2013 The Wolverine and the Curse of Immortality
Recent Comments
10 Comments | Leave a Comment
"That'll teach those dead babies and orphaned children who's boss."
Emily Carter John Piper and the Coronavirus
"The elect have nothing to worry about. They were saved from before the foundations of ..."
OldArmy John Piper and the Coronavirus
"I don't have a home church at this time because I moved recently, but my ..."
Rod Saunders Confronting the American Gospel
"Rod, do you attend a church that we would generally label as being a "prosperity" ..."
padutchrunner Confronting the American Gospel
Browse Our Archives
Follow Us! 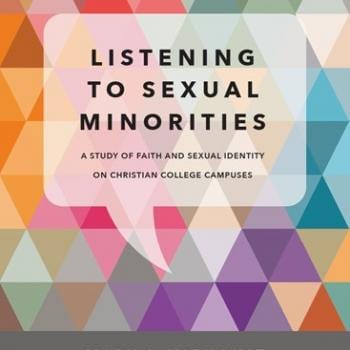