The grace of God at work in the lives of the oppressed and the oppressor. Marion Cotillard is an immigrant and Joaquin Phoenix the man who takes advantage of her. But there are larger forces at work. Director James Gray’s most beautiful film is about a woman whose faith is tested but who perseveres and somehow finds a way to hope. The payoff is marvelous.

Joon Ho Bong’s sci-fi story of earth’s last survivors riding around the planet on a train is quite a trip. Chris Evans is the ostensible hero, leading an uprising among the working-class, overcrowded rear cars and making his way toward the engineer at the front of the train. Evans isn’t very memorable, but the film’s color—and oh, is it colorful, in so many ways!—comes from the always fascinating Tilda Swinton and a cast of characters who put their lives on the line to break the strictures of their thankless existence. The film’s energy is unmatched among 2014 releases.

An alien takes the form of Scarlett Johansson and preys on susceptible men, luring them to her lair in Scotland and to a soon coming death. A chance encounter then awakens her to something she hasn’t experienced—compassion. The contours of the story aren’t unfamiliar, but the presentation, from director Jonathan Glazer, is unlike anything else you’ve seen. Under the Skin is not for all tastes, but it’s a one-of-a-kind wonder.

Hitchcock’s Rope has been cited as precedent, but thematically, the nearly-all-of-it-looks-like-one-take, go-for-broke filmmaking matches Birdman to a tee. It’s all about love—our need for it, no matter who we are—with artistic insecurity as the running metaphor. Love is the text and subtext here, and Emmanuel Lubezki’s camerawork doesn’t quit. Plus, what great music!

What could have been a joyless, corporate-driven tale is instead one of the wittiest family films of recent memory. The humor appeals to adults without being smarmy or condescending. Instead, it’s a giddy delight that culminates with a surprisingly touching human angle.

The most terrifying film since Sinister, The Babadook is a Repulsion-like masterpiece about the limits of sanity and the toll of parental loss. Strong performances, haunting imagery and a reminder of what horror films can do at their best.

A bleak vision of a Hobbesian future. A Man With No Name-like Guy Pearce is a troubled time bomb and Robert Pattinson a more gentle soul/sidekick who gives this story a trace of compassion. A heartless environment with death all around, but the movie is electrifyingly alive.

8. Norte: The End of History

A four-hour-10-minute Filipino take on themes from Dostoyevsky’s Crime and Punishment, this masterful, moral film is a towering work of slow cinema. A man commits a double murder, but another—a good man—takes the fall for the crime. The story follows the ramifications for the good man’s wife and the inescapable consequences for the killer, even as decency and kindness shine through in the darkest of situations.

Director Xavier Dolan gets extraordinary performances from his three leads, especially Anne Dorval as the title character. She’s trying to care for her violent, unpredictable son, played with what-will-he-do-next intensity by Antoine-Olivier Pilon. Suzanne Clement, so memorable in Dolan’s Laurence Anyways, rounds out a great cast. A troubling film about how a parent’s love for her child can be pushed to a breaking point, especially when dad—and God—have no role to play.

The story of two families coming to terms with a hospital’s admission, years after the fact, that their children were switched at birth. What makes a family? What is owed to the children? This delicate story from the great filmmaker Hirokazu Kore-eda gently lays out the world-changing dynamics at work in the lives of two different families.

The rare film that matches its technical trick—a story contained within one vehicle over the course of one night—with moral thoughtfulness. A man abruptly leaves his job and refuses to return to his family until he has dealt with the consequences of an earlier transgression. Writer/director Steven Knight keeps the film from becoming thematically and visually inert, but that might not have been possible without the one-man showcase from the great Tom Hardy. It’s hard to imagine any other contemporary actor rising to the challenge as successfully as Hardy does.

As good as a jazz band playing at peak form, director Damien Chazelle’s Whiplash fulfills the promise shown is his wonderfully elliptical Guy and Madeline on a Park Bench (2009). J.K. Simmons and Miles Teller propel a more mainstream film filled with accents, solos and beautiful performances. Anyone can enjoy Whiplash, but jazz lovers in particular will find much to savor here.

The year’s best religious drama, and its most gratifying success story. What’s that—you haven’t heard of Ida? That’s because it’s a black-and-white Polish drama that never played beyond art houses. And yet, it made more than $3 million—a small fortune relative to what was expected for this obscure but piercing story of a novitiate nun figuring out if life in a convent is for her. Helping Ida in her journey of self-discovery is an aunt played by Agata Kulesza in an earthy performance that is one of the year’s finest.

Hilary Swank is astonishing—again—as another strong, centered woman who knows what she believes but faces trials that push her to the breaking point. In The Homesman, that point has already come for a few of the women living on the Nebraskan frontier in the 1850s. Mary Bee Cuddy (Swank), living a comfortable but single life, volunteers to take the women back east to Iowa, and she enlists troubled soul George Briggs (Tommy Lee Jones) to assist her on the long journey. Cuddy’s mission leads to unexpected changes in Briggs’ own life. Beautifully acted, shot and scored, The Homesman refuses to let viewers feel good at its conclusion, but the mixed emotions it evokes grow less out of frustration than they do out of the story’s integrity.

A family’s holiday is ruined by a seemingly life-threatening moment that shows the family patriarch to be less than noble. After-the-fact accusations fly, and what seems like a Rashomon story for a new millennium evolves into a study in masculinity, marital strain and shared human frailty. Director Ruben Ostland uses the French Alps to great effect, with gorgeous ski-slope scenery that isolates the film’s emotionally overwhelmed protagonists.

A story of brotherly love that, following director Bennet Miller’s adaptation of Moneyball, delivers another memorable take on the American Dream. Wealthy magnate John du Pont recruits Olympic champion wrestler Mark Schultz to a new training program funded by du Pont and designed to restore America’s greatness. But it’s Mark’s brother, Dave, who, with a wife, children and a contented life, exemplifies the American Dream, and who fights to keep his brother from buying into du Pont’s corrupted views.

When Dwight’s (Macon Blair’s) attempt to take revenge for a past crime goes wrong, events spin out of control. Like Snowpiercer, this film’s video-on-demand launch so close to its theatrical release received more attention than the story’s content, but like Snowpiercer, it’s a consistent surprise.

One of the best movies about the Christian concept of calling, Jon Favreau’s return from directing the big-budget Iron Man movies to the more personal, lower-budget films on which he made his name (think Swingers) is a professional rejuvenation. A chef with a demanding boss quits after receiving bad press but recovers his love of cooking—and reconnects with his son—by selling Cuban sandwiches out of a food truck. Great food, great music, profound themes.

Released amidst an abundance of film aimed at Christian audiences, The Railway Man slipped in and out of theaters without too much notice. That’s a shame. Well acted and sufficiently engaging, if little more, for much of its running time, The Railway Man becomes, in its final act, an extraordinary tale of Christian virtue. This is a film that’s waiting to be discovered by audiences who were too busy deciding between God’s Not Dead and Heaven Is for Real to realize one of the year’s most profoundly Christian stories wasn’t being actively marketed to them.

Funnier than The Muppets, the well-received franchise reboot from 2011 starring Jason Segal and Amy Adams, this follow-up picks up where the last film ended and delivers a barrage of laughs in its opening 20 minutes—more than enough to carry viewers through the inevitable lulls and off notes (such as Ty Burrell’s one-note performance). As with its predecessor, the songs from Brett McKenzie are a sly delight.

From wondrous to ponderous, director Richard Linklater’s portrait of a young man is something to behold. Shot in small chunks annually for more than a decade, Boyhood shows us the maturation of a child as he turns into a respectable, if somewhat dull, teen. More interesting is the development of the boy’s parents, played by Patricia Arquette and Ethan Hawke, who have some maturing of their own to do as they watch their son grow.

Tom Cruise top-lines a Groundhog Day-like story of a man repeatedly finding himself in a war zone, but it’s Emily Blunt as his co-warrior who steals the show in Doug Liman’s best film since Go (1999).

The kind of stylish, straight-ahead action movie that can feel predictable every step of the way, John Wick is ceaselessly stylish and compelling. The story is one of simple revenge—not noble or admirable, but with so many like-minded films coming across as dull wastes of time, John Wick shows the pretenders how it’s supposed to be done.

Best Score: Birdman, Whiplash, Under the Skin, The Immigrant, The Homesman 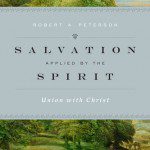 December 29, 2014 “Salvation Applied by the Spirit” textbook on union with Christ
Recent Comments
0 | Leave a Comment
Browse Our Archives
get the latest updates from
Schaeffer's Ghost
and the Patheos
Entertainment
Channel
POPULAR AT PATHEOS Entertainment
1