Fantastic Four is a fantastic flop

Fantastic Four will go down in infamy with The Green Lantern and Ben Affleck’s Daredevil as a great big superhero fail. It’s too campy to be taken seriously, and not campy enough to be so-bad-it’s-good. Maybe if I were still in Jr. High I’d enjoy lines like “It’s clobbering time” and eat up spoon-fed truisms about how heroes are only strong enough when they stand together. Maybe, but I’m not. Given the current flourishing of the superhero genre, I expected much better.

With the challenge of early-reboot syndrome, Fantastic Four was a risky project from the get-go. The recent Spider-Man films featuring Andrew Garfield as Peter Parker, for example, are decent superhero movies in their own right, but they arrived a little too closely on the heels of the Tobey Maguire Spider-Man trilogy. Garfield brought a fresh juvenile awkwardness to Peter, but that still didn’t stop the films from losing some of their appeal. There are so many movies out there, so many great stories to be told, that providing a compelling reason why we really need to hear this one again is a high bar to clear. The same onus of proof is on Fantastic Four. The prior films were by no means stellar, but if you’re going to reboot, you better have a darn good reason. This one just doesn’t.

To be fair, the film starts out somewhat interesting. It has talented lead actors, namely Miles Teller and Kate Mara, (of Whiplash and House of Cards fame, respectively), and overall the casting is pretty good. Teller and Mara give the story’s exposition some darker portents and prime it for what might actually be a thoughtful reimagining of the story. We’ve got four genius kids who probably wouldn’t be friends otherwise, each with their own inner demons, improbably brought together to solve interdimensional travel for the greater good.

Their first attempt to travel to the primordial world of the new dimension naturally goes awry. They return with freakish powers, with a nice emphasis on the “freak” – at first. The film captures their first pitiable moments in which Reed (Mister Fantastic) lies stretched out on a table (literally, stretched), Sue Storm flickers in and out of visibility, as if she were flickering in and out of consciousness, her brother Johnny lies on a table like smoldering ember burning into oblivion, and Ben (The Thing) curls up in a corner like a lifeless pile of rocks. But from that point on, the film craters. We fast forward one year—for some reason skipping the standard plot progression of superhero films in which they come to grips with possessing and using their powers. The clichés start rolling in, and they don’t stop.

It starts with the power-hungry, domineering government personified by the smarmy Harvey Elder (Tim Blake Nelson). The authorities don’t look trustworthy for a second, so it’s not surprising when we learn that government wants to harness the powers of the four. In the short run, it wants to use them as weapons, but more sinister than that, it wants them to reconstruct the inter-dimensional portal and return to the other world of self-generating energy.

Both heroes and villains fail to compel, however, due to poor, accelerated character development. Take the bad guy, Victor von Doom (Toby Kebbell), for example. He is one of the brilliant engineers of the interdimensional team, but clearly has some authority and ego issues. The same goes for the government that seeks to harness the power of his discoveries. Obviously they aren’t going to get along, but when Dr. Doom shows up from the netherworld, he starts popping everyone’s heads and immediately decide to condemn the entire earth to a black hole so that he can reign over a primordial universe in solitude.

“The end of your world… is the beginning of mine!” he declares. The line is supposed to be deeply terrifying, I think, but it seems a bit much.

And as for our heroes, by the time they reach their showdown with Doom, the film feels painfully self-aware that they’re in the last pages of a comic book. There’s not the slightest chance one of them can take on Doom alone, they quickly realize, but if they work together as a team? Well of course they can’t lose, because, you know, that’s the moral of the story.

The entire arc of this individual-to-team realization, by the way, takes five, maybe ten minutes. It’s packaged, forced, obligatory, and may very well be the weakest climax I’ve ever seen in a superhero film.

While I will not be recommending Fantastic Four to anyone, it wouldn’t be in Christian charity to write it off entirely. It has themes of importance, and poorly executed though they may be, here are a few worthy of consideration. Power corrupts, as we see in Victor Von Doom and the government big-shots (but there are exceptions, such as the Fantastic Four themselves); humanity has sinned, corporately against our world and against each other, and someday we will have to give account for it; and lastly, as the ancient sage of Scripture writes, a cord of three strands is not quickly broken.

And a cord of four strands? Well, that’s downright superhuman. 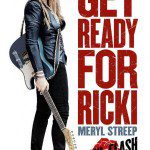 August 7, 2015
Ricki and the Flash want us to forgive ourselves
Next Post 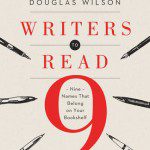 August 18, 2015 Writers to Read: A Short Demonstration of Christian Engagement with Culture
Recent Comments
0 | Leave a Comment
"I am aware of those kinds of discussions and statements (and even of the fact ..."
cneal Confronting the American Gospel
"No disagreement here!"
cneal Common Grace, 2.7
"No--Christians should be institutional because the church is an institution (it is more than that, ..."
cneal Christian Institutions in the 20th Century
"Good points! I love Will's columns too (he's especially been on fire for the last ..."
cneal George Will’s Mixed Sensibility
Browse Our Archives
get the latest from
Schaeffer's Ghost
Sign up for our newsletter
POPULAR AT PATHEOS Entertainment
1