The Legend of Tarzan fails to build on the myth

The Legend of Tarzan fails to build on the myth October 11, 2016 Andrew Collins

Review of The Legend of Tarzan, Directed by David Yates

Before any discussion of The Legend of Tarzan can begin, we must first make one thing clear: it isn’t a Disney film. Expectations should therefore be adjusted accordingly (which means downwards).

Legend tells the story of Tarzan in reflection, almost like a sequel, except rather than building on a prior film it relies on flashbacks and the audience’s familiarity with Edgar Rice Burroughs’s Tarzan of the Apes. This time around, Tarzan’s vine-swinging and howling and animal-whispering takes place as the result of his return to the Belgian Congo to foil the devious ambitions of one Leon Rom (Cristoph Waltz), who intends to enslave and plunder the land’s populace and natural resources in the name of the Belgian King Leopold.

(Fun side note: Leon Rom is an historic figure; he was a Belgian soldier who had a prominent role in the Congo Free State in the late 1800s when the film is set. It’s been argued that Rom was part of the inspiration for the character Mr. Kurtz in Joseph Conrad’s famous novella Heart of Darkness. In Legend he doesn’t end up quite so crazed, but it’s an interesting tidbit all the same. Come to think of it, it’s the most interesting thing about the movie.)

The film’s problems begin almost immediately. We first encounter Tarzan (Alexander Skarsgard) as the aristocratic John Clayton, sipping a cup of tea, staring serenely and contemplatively at a table of elderly British businessmen and politicians. His character arc from feral child to noble savage to English gentleman has already been completed.

What kind of story is left to tell? The film itself isn’t sure, and so it isn’t clear what it intends to be. Is it a fun, lighthearted action flick? Is it a live-action adaptation of a beloved Disney animated feature? Is it a weighty meditation on colonialism and the horrors of the “white man’s burden” mentality? Is it a semi-serious bit of historical fiction?

The answer is that it’s a bit of each. There’s a saying in the communications world that you can tell the difference between a mission statement that was written from the heart – from an individual’s vision – and a mission statement put together by a committee. Legend feels like it was put together by a committee of corporate storytellers. It’s full of canned moments, flat characters, and predictable twists.

For example, with all due respect to Margot Robbie, almost every line of Jane’s is a cheese ball, and while Alexander Skarsgard is a perfect physical specimen for the role, as a character his Tarzan appears contemplative without demonstrating much depth. When the feral side of him comes out it feels forced rather than like a natural return to some primeval identity or suppressed nature. Christoph Waltz, is excellent as always as the villain Rom, but in spite of Waltz’s prodigious acting abilities the character falls flat in the end. If you want to see a film that puts the full talents of Waltz (and, incidentally, Samuel L. Jackson) on display, try Django Unchained instead.

It’s a shame, because from a conceptual standpoint, the sequel story is not a half-bad idea. The contemporary audience knows the legend of Tarzan, so why not leverage that knowledge? The film doesn’t simply revisit the fairy tale (like Disney’s recent live-action remakes of The Jungle Book and Cinderella), it revisits the tale within the world of the story itself. Tarzan is a legend among the characters in the movie – a tabloid celebrity in Victorian Britain. Can he really talk to animals, they wonder? The supporting cast rediscovers Tarzan along with the audience as we watch the movie, with Jackson’s character, a swashbuckling American envoy named George Washington Williams, as our guide.

Sure, there are moments when Legend feels inspired, especially in the flashbacks, because that’s when it taps into Burroughs’s original vision. These scenes evoke emotion. They are primal and almost dreamlike, undergirding the “legendary” nature of the story. But ultimately they aren’t interesting because the future has already been given away. It shows us too much upfront, and all that’s left is the expected clichés. 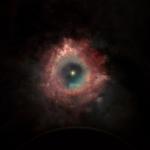 October 7, 2016
Voyage of Time: The IMAX Experience Condenses All of Time to 44 Minutes
Next Post 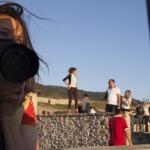 October 14, 2016 Cameraperson Points Its Lens at Both Death and Life
Recent Comments
0 | Leave a Comment
"I am aware of those kinds of discussions and statements (and even of the fact ..."
cneal Confronting the American Gospel
"No disagreement here!"
cneal Common Grace, 2.7
"No--Christians should be institutional because the church is an institution (it is more than that, ..."
cneal Christian Institutions in the 20th Century
"Good points! I love Will's columns too (he's especially been on fire for the last ..."
cneal George Will’s Mixed Sensibility
Browse Our Archives
get the latest from
Schaeffer's Ghost
Sign up for our newsletter
POPULAR AT PATHEOS Entertainment
1