“The Death of Stalin” Shows There’s Life in Anticommunist Comedies

Remember the anticommunist comedy? No? That’s OK: Neither do I.

While Hollywood has a long history of anti-war films (many of them excellent) and anti-corporate films (how many times have Big Businesses been the villains in Hollywood movies?), the industry has never warmed to anti-Communism. Instead, paranoia about communism has sometimes been the focus of Hollywood comedies, (think Dr. Strangelove). If anything, anticommunists have been portrayed as bullies, while those accused of supporting Communist regimes and ideology (think of the House Un-American Activities Committee) have been the objects of sorrow and regret.

But comedies that actually poke fun at communism and Communist leaders? It’s almost as though those weren’t allowed.

That’s part of what makes The Death of Stalin so refreshing. A look at the bumbling and backstabbing after the death of Joseph Stalin, the film, from writer/director Armando Iannucci (In the Loop, Veep), sends up Communist ideology with glee, but also shows a tendency toward corruption, insularity and self-flattery that has infected—and continues to infect—political systems of all stripes. (Indeed, the director, who attended my press screening, delighted in drawing parallels between his film and the current U.S. presidential administration, introducing the film as the “Rex Tillerson memorial screening” two days after President Donald Trump had dumped his former secretary of state.)

The event of the title unfolds several minutes into the film’s runtime. We meet Stalin (Adrian McLoughlin) 20 years after the initiation of his Reign of Terror, assisted by a team of lackeys. Among them: secret police chief Lavrentiy Beria (Simon Russell Beale), Nikita Khrushchev (Steve Buscemi), Georgy Malenkov (Jeffrey Tambor) and Vyacheslav Molotov (Michael Palin).

Not everyone we meet is a Stalin sycophant. A pianist (Olga Kurylenko) sends Stalin a note—“I pray for your end and ask the Lord to forgive you”—following Stalin’s impromptu demand of a concert recording minutes after the conclusion of the orchestra’s live performance that aired on Radio Moscow. There’s just one problem: The concert wasn’t recorded. So, a very nervous concert director (Paddy Considine) orders the orchestra to start over after he’s repopulated the dispersed crowd of concert attendees with bewildered men and women pulled off the street. The enraged pianist slips her note into the package with the recording, and, upon reading her wish, Stalin keels over.

That sequence, early in the film, sets the tone for all that follows, showing the absurd lengths Stalin’s henchmen will go to placate their unpredictable leader, and the disarray that accompanies their jockeying for advantage after Stalin’s demise. The laughs keep coming, but so do scenes of violence and cruelty that remind us that Stalin’s regime was brutal as well as bumbling.

As Iannucci told the audience after the screening, he wanted to show “lots of truth” about Stalin and the Soviet Union, and that meant two elements—comedy and horror—had to live “alongside each other in the film.”

In that sense, the film succeeds. But don’t be surprised if, after the film settles, it’s the laughter more than the horror that you remember. In today’s environment, we don’t lack for horror—in politics and current events. Laughs are harder to come by. When a film gets comedy right, even amidst other troubling historical realities—it’s something to be greatly appreciated, if not outright cherished. The Death of Stalin may be an uncomfortable viewing experience at times, but it’s also the best comedy (so far) of 2018, and one of the year’s best films no matter the genre.

March 16, 2018
A Little Review of a BIG Book of Little Stories
Next Post 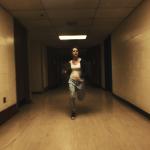