Lewis for the Soul in the 21st Century

Anyone writing about C.S. Lewis is always going to be at a disadvantage, because whatever they write will never be as good as most things written by Lewis himself. Which means that in a sense Joe Rigney’s contribution to the “Theologians on the Christian Life” series, Lewis on the Christian Life: Becoming Truly Human in the Presence of God, has a mark against it to begin with.

As a side note, this isn’t exactly a problem any of the other books in this series have had. Many of the books are dealing with authors who didn’t write originally in English, and so however fantastic a writer they may have been in their native tongue, they are at the mercy of their translators at best. Which means that Gerald Bray can write a masterpiece in its own right without having to compete with Augustine’s native prose. Of the theologians in the series who did write in English, they’re better known as theologians than they are as literary figures (with all due respect to Francis Schaeffer and Jonathan Edwards, both of whom I respect very much!).

Which is to say, there are many times while reading Lewis on the Christian Life that you’ll find yourself thinking “I wish I were reading C.S. Lewis right now instead.” The good news is that I don’t think Joe Rigney will hold it against you.

As with the other books in this series, this volume takes Lewis’ various writings and synthesizes them into a sort-of practical systematic theology for life which is intended simultaneously to inspire you to go back and read the original author and to have a deeper view of what the Bible has to say to us in the 21st Century. Rigney walks us through various subjects of Lewis’ thought, including (but not limited to): God, predestination, free will, imagination, reason, heaven, hell, pride, humility, etc, etc etc. He draws on Lewis’ fiction and non-fiction alike, exactly as Lewis would have wanted us to do.

I think last that point is especially an important one for modern Americans. In a time when we are judging truth and reality by the strength and enthusiasm of the assertion rather than by an objective standard, a Lewisian approach to reason and the imagination is especially important. Properly balanced faculties that use both fiction and non-fiction and yet can still distinguish between them are necessary for living the Christian–indeed, for living the truly human–life. Our faculties have been imbalanced by various internal and external forces and Lewis’ call to return to sanity and reality in light of the revelation of God is more necessary than ever.

If you’ve read enough Lewis, you know that there are occasional… hitches in his theology. A major strength of this book is that Rigney does not hesitate to tackle the problems with Lewis’ writings and theology head-on. Where Lewis is weak in his theology (with, for example, the doctrine of Purgatory), Rigney offers a context and a explanation for the source of the error without offering an apology for it.

This critical eye does not, however, mean a critical distance. Rigney clearly (and rightly, I think) loves Lewis and gains much by reading him. Reading Lewis on the Christian Life will help you do so too. 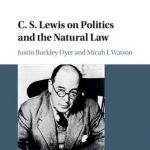 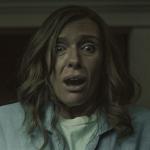 June 8, 2018 Hereditary Is One of the Best Movies You’ll Never Want to See Again
Recent Comments
0 | Leave a Comment
"That'll teach those dead babies and orphaned children who's boss."
Emily Carter John Piper and the Coronavirus
"The elect have nothing to worry about. They were saved from before the foundations of ..."
OldArmy John Piper and the Coronavirus
"I don't have a home church at this time because I moved recently, but my ..."
Rod Saunders Confronting the American Gospel
"Rod, do you attend a church that we would generally label as being a "prosperity" ..."
padutchrunner Confronting the American Gospel
Browse Our Archives
Follow Us!