To clear up something that I’ve apparently just been wrong about ever since seeing the classic Disney version of 20,000 Leagues Under the Sea some ~30 years ago: the “20,000 leagues” in the title is the distance they travel from the Sea of Japan to the coast of Norway, not the distance they travel straight down. In my defense, a “league” wasn’t exactly standard unit of measure in rural Montana (a “rod”, on the other hand…).

But having finally read the book, at least that mystery is cleared up. As are several other mysteries, like why on earth is there an island full of cruel natives being used as Nemo’s home base? Answer: there isn’t; Disney made it up for dramatic purposes. I mean, there probably were islands full of cruel natives, but not in Jules Verne’s book. If anything, the ‘cruelty’ Captain Nemo is concerned about is the cruelty of civilized mankind. Having turned his back on the world, he sails the oceans of the world (do submarines “sail”? Again: rural Montana.) exploring new places hitherto inaccessible to man. When the Nautilus picks up three adrift passengers, we get to join them in exploring undersea forests, discovering shipwrecks and lost treasures, and even taking measurements at the South Pole.

Given that Verne is one of the pioneers of science fiction, it makes sense that as a work of sci-fi this book feels a little uneven compared to the polished works of today that have the benefit of a century and a half of development and evolution of the genre. Which means that as you’re reading this, you’ll find that there are far more lengthy expositions of how submarine tanks are filled or the temperature of water or, well, you get the point.

In a move that is especially frustrating to modern readers (at least, it was to me), Verne never gives us Nemo’s backstory. We know he has lost his family, and that it was done in some way that has made him blame all of human civilization. And we know that he takes it out on apparently random ships he encounters. But beyond that, we don’t know his real name, how he got the idea to build a submarine in the first place, or even what country he’s from. I suppose that’s what we should expect from someone whose name is just “nobody.”

With all these random thoughts, I should probably make it clear that I enjoyed the book and encourage people to take it up and read it. It will be interesting and useful for Christians to reflect on the variety of God’s creation, particularly given that something like 70% of it is underwater and completely inaccessible to almost all of us. How does creation pour forth God’s praise when we can’t see it? If nothing else, we should be reminded by this question that we are not the main characters in this particular story. It shouldn’t take a trip to the bottom of the ocean to remind us of that, but sometimes we need a classic science fiction writer to give us proper perspective on our own place on this terrestrial ball…

Dr. Coyle Neal is co-host of the City of Man Podcast and an Assistant Professor of Political Science at Southwest Baptist University in Bolivar, MO, where he is perfectly happy having traveled “0” leagues under the sea. 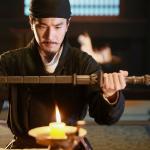 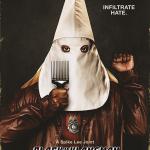