Darkmage is a book for Harry Potter fans

If you like fantasy (which I’m still on the fence about, despite being a Tolkien fan) and science fiction (which I enjoy), you’ll want to pick up Barbara Hambly’s Darkmage. Technically, Darkmage is a collection of The Silent Tower and The Silicon Mage, two of the books in a series (a series which the internet tells me is apparently ongoing?). I can’t speak for the rest of the books in the series, but I can say that you’ll want the first two if you don’t want to be left with a cliffhanger. Hence my recommending the Darkmage omnibus.

Caris is a minor wizard who has forsaken magic in order to pursue the life of a warrior. Antyrg is a major wizard who has been unjustly locked away for years after the fall of the Dark Lord Suraklin. Joanna is a nerd in the 1980’s, so of course she is a computer programmer. A path between the world of Caris and Antyrg and that of Joanna has been opened, and the three of them must work together to figure out what has been draining the magic from Caris’ world and the hope from Joanna’s. [Spoiler alert from here on out.]

Overall these two books are excellent. They are a good example of what a solidly written fantasy can be (though admittedly my fantasy exposure is fairly limited, so feel free to yell at me in the comments if these are actually sub-standard and I’m just ignorant of all the better stuff out there). It also has a touch of science fiction in it, not in the pure sense but in that a computer is brought from our world into the Medieval world of magic.

As a side note: if we look at Darkmage as a work of sci-fi rather than fantasy, it doesn’t hold up quite as well. Technology, especially computer technology, has obviously moved on a lot since this was written and we can’t expect the cutting edge computers of the 80’s to impress us today.

Still, the quality of the book doesn’t hinge completely on the science holding together. [And again, I can’t stress enough that there will be spoilers here.] The evil wizard that everyone thought was dead is in fact alive and well and is working his shenanigans in the shadows. Specifically, he is pursuing immortality by transferring his consciousness into a computer. The computer, in turn, is hooked up to a magical battery that maintains its charge by draining magic and hope from the world. The evil wizard is getting away with this because he had managed to convince everyone he was dead. In reality, his spirit lives on by possessing one person after another and hiding in the shadows until his computer is ready for his spirit to inhabit it once and for us. Unless Caris, Joanna, and Antryg can stop him, that is.

And if all of that sounds sort-of vaguely familiar, it should. I can’t imagine that J.K Rowling hadn’t read this book before she sketched her plot outline for Harry Potter. The similarities can’t possibly be a coincidence…

This also tells us something about how Christians ought to think about this book. Hambly, like Rowling, has given us a wonderful cautionary tale about the hubris associated with the human desire for eternal life—at least, eternal life on our own terms. The fact is that as human beings there is a part of us which knows that we are made to live forever.  We rightly crave the fulfillment of that part of us, but we wrongly demand that it be done only in the way we want. When God tells us that eternal life comes through repenting of our sins and believing in what Christ has done on the cross, we insist that it comes through our own inherent goodness and virtuous efforts. We may not feel like an evil wizard violating natural, human, and divine laws when we insist on immortality in this way–but then again the evil wizard doesn’t feel that he himself is evil either.

So if you’re a Harry Potter fan and are looking for something more in the same vein, Darkmage is for you. If you’re not a Harry Potter fan, I assume that either you’ve never read it (which is an easily solveable problem) or that you’ve read it and not liked it, in which case I can do nothing for you.

Dr. Coyle Neal is co-host of the City of Man Podcast and an Associate Professor of Political Science at Southwest Baptist University in Bolivar, MO. His brain is not hooked to either a computer or to a magical battery.

September 18, 2018
Augustine on the Manicheans and the Donatists
Next Post 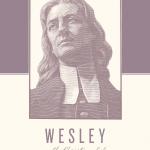