A melancholy glimpse of a hopeful future

Was there ever really such a creature as “man”? Historians generally agree that man was a myth. As typified by the great historian Bounce, most believe that ‘man’ is a story told by our less-enlightened ancestors to fill the need for a “first cause” argument. Not only is there no evidence for man, even this “first cause” argument fails because ‘man’ was not really necessary. Dogs provide reason, imagination, and the ability to travel between the parallel universes. Robots provide the technical expertise for machines and the necessary mechanical components like opposable thumbs. There is no need to assume a mythical origin for either. Dogs originally created robots.

“There is no way now of knowing how the Dogs evolved a robot. Those few scholars who have given some time to the development of robotry, point out that the highly specialized use to which the robot is put does indeed argue that it was invented by a Dog. To be so specialized, they argue, the robot must necessarily have been invented and developed by the race for whose particular use it is so singularly fitted. No one other than a Dog, they content, could have done so good a job on so intricate a tool.

There is, however, a minority opinion, represented by the otherwise-respectable historian Tige, which argues that man was the original rational creature who gave dogs their voice and created robots to help dogs make their way in the world as man gradually failed. The collection of stories about man are neither myths nor theological wish-fulfillment, they are snippets of history leftover from the distant past.

All of this to say that Clifford Simak’s classic City is spectacular, and absolutely not to be missed. Writing during the Golden Age of sci-fi when Asimov and Heinlein were telling us about the glorious future in store for man as we conquered history and defended ourselves and our freedom in the cosmos, Simak gives us a different vision. Yes, man has has strengths and advantages. Certainly we are technically competent and gifted with gadgets. There is also a human and romantic streak in us that looks forward to the future while simultaneously wishing to preserve the past. But at the same time, we have a serious flaw that corrupts everything we do. Given the nature of this flaw, the best case scenario is that humanity does not exterminate itself through nuclear war and instead merely fades into obscurity–even into myth.

Even more interesting, the bulk of City is not these reflections by future canine historians or their robot guides, but rather the leftover tales of man which form their own narrative. It is about how some men mutated and others went to Jupiter and stopped being men and others stayed and lived as men but stagnated when they figured out how to end conflict. It is about the violence and vice inherent in men, and how perhaps the best parts of mankind can live on after we’re gone–like us, but not quite the same as us. How the mechanical and the natural might someday live together in harmony in a way that we have never managed to achieve ourselves.

I could go on, but hopefully this scattered reflection has been enough to convince you that this book is clearly something Christians should be interested in. I’m happy to recommend it for its thoughtful content and well-written story alike.

Dr. Coyle Neal is co-host of the City of Man Podcast and an Associate Professor of Political Science at Southwest Baptist University in Bolivar, MO. He does not currently own a dog, but has far more robots than he is comfortable with. 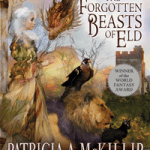 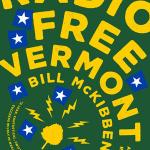