Liberal Christian, there are answers to be had

Over on the liberal (politically, not necessarily theologically) portal “Politics Blue”, Shane Phipps has a few questions for conservative Christians. They are:

I’ll admit I’m somewhat suspicious as to whether or not the author actually is interested in a dialogue. This suspicion isn’t a shot at Shane Phipps (I know nothing about him whatsoever), it’s a shot at the blog/listicle format as a medium of meaningful discussion. What’s more, Schaeffer’s Ghost is for book and movie reviews, so directly answering these questions isn’t appropriate in this forum. Instead, I’ll point to a few books that I’ve found helpful on these topics from a conservative point of view (not always necessarily a Christian one). And if I happen to say a thing or two in response along the way, well, so be it. I am a Political Scientist, after all…

An important disclaimer: disagreement here is not reflective necessarily of central theological disagreement. That is, to say that he is a political liberal while I am a political conservative is not to say that he is not a Christian. If we were talking theological liberalism it would be a different matter entirely. You can be a perfectly orthodox Christian and a political liberal (though of course I don’t recommend it). With that said, he’s wrong when he says “I think it’s pretty universally understood that God gave us all free will.” I mean, he’s right when he says that he thinks it, I can’t argue with that. But whether or not it’s universally understood that “God gave us all free will” depends a heck of a lot on what we mean by “free will.” For more on what I have to say about that, see this.

“1. What do you believe happens to the soul of child who dies in infancy?”

It becomes pretty quickly obvious that this question isn’t really about the eternal destination of someone who dies in infancy, it’s about abortion:

“Please understand that nobody in their right mind is “pro-abortion”. I hate abortion, but I am pro-choice because I know that every situation is unique and I know that we have millions of kids already growing up in absolutely hellish situations who have little to no hope of having a happy life–and, by the way, have little to no hope of ever finding their way to a baptismal. “

I suppose it’s not worth pointing out the logical fallacy here: if the reason we allow mothers to execute their children in utero is that we are concerned that they will potentially grow up to live in “absolutely hellish situations,” there is of course no reason to punish mothers from executing their children once said children are actually living in those conditions. Some current laws *cough cough New York cough cough* are a hairsbreadth away from that.

But, if he is genuinely curious about why so many conservatives are opposed to the legalization (and, more recently, the celebration) of the mass execution of infants, then I recommend Robert Bork’s Slouching Towards Gomorrah, especially chapter 10, and Embryo by Robert George. (Again, I don’t claim that these are the best books, just the ones I’ve found useful.)

2. How does the Republican platform reflect love for our neighbors?

As with the previous question, the commentary suggests that the question itself isn’t really what matters. After all, there is a Republican Platform, in which the word “Trump” doesn’t appear once. It includes such ‘crazy’ categories as “A Rebirth of Constitutional Government” and “America’s Natural Resources: Agriculture, Energy, and the Environment.” You know, really insane stuff like that.

But that’s not what he wants to talk about. Instead, all we get is a list of the President’s greatest hits:

So, which parts of the actions and policies of President Trump show love for your neighbors? Is it his daily tweeting of belittling comments about his adversaries? Is it his pulling out of a long-standing nuclear agreement? [etc]

The problem here is that this list (and you should read the whole thing on the OP) is a mix of questions about perfectly reasonable political actions on which we might disagree (say, leaving a nuclear treaty) and Trump’s indefensible actions like, well, “belittling… his adversaries.”  In fact, it’s such a bewilderingly mixed list that I’m not even going to try to respond to it all. Instead, here are three big-picture resources that will respond to at least some of the topics on his list: First, for the foreign policy questions: American Power and Liberal Order: A Conservative Internationalist Grand Strategy by Paul Miller (one of the founders of Schaeffer’s Ghost); second, for the environmental questions: Green Philosophy: How to Think Seriously about the Planet by Roger Scruton; third, for the transgender question: God and the Transgender Debate by Andrew Walker (you can find an interview with him here).

As for Trump’s indefensible personal attacks on his opponents, clearly no Christian ought to defend those. Which doesn’t stop some less careful believers from doing so.

3. How do the Republican policies that feed the growing income inequality gap crisis square with biblical teachings?

The third question assumes a lot of things. For example, that Republican policies actually do “feed growing income inequality”, or that the Bible finds income inequality to be inherently evil, or even that we’ve got a crisis that is not just economic, but has to do with income inequality. And if all these buzzwords haven’t given the game away, it should be pretty clear that the real questions are about socialism:

“Most of you, my conservative Christian friends, are quick to label liberals and progressives as socialists. You say it as if it was synonymous with the word Nazi. In reality, we all benefit greatly from socialism every day. Where would we be without public schools, public transportation, infrastructure like roads and bridges, police and fire protection, military, social security, the list goes on and on. Socialism is not a dirty word–we have and depend upon a certain degree of socialism for our very survival. If you can read the Bible and not see that Jesus was in some ways a socialist, then you and I have very different reading comprehension abilities. “

What we have here is evidence of our particular moment in time. Thirty years ago “we all benefit greatly from socialism every day” would not have been written anywhere but on the fringes of academia and the underground press. That’s because up until then the big, steaming counterexample of why socialism is such a terrible idea was staring us all in the face: the Soviet Union. The fact that we have people rushing to embrace socialism now and pointing to something like the public schools or the bus as an example of it in action just shows a staggering ignorance of what “socialism” actually is. No one is or is not a “socialist” because they think a robust local public education program is a good idea.

But, in some sense that’s beside the point. If you really want to know why conservatives reject socialism in its proposed forms, at the end of the day the reasons aren’t really economic. And for more on that, read, well, really anything by Alexander Solzhenitsyn, but especially his collection of essays Warning to the West or  The Solzhenitsyn Reader. Also, Whittaker Chambers’ Witness is essential.

As far as economics goes, I’m happy to talk about proposals coming from self-identified socialists about taxes and benefits–there is a good conversation to be had there. The problem is, economic reform isn’t really the goal of any socialist worth their salt. The conservative objections to socialism are first and foremost objections to their cultural programs. Economics on both sides is usually only an afterthought.

4. How does the Republican Party education policy reflect love for our neighbors?

Frankly, this question is a bit silly. If we really love our neighbors we’ll do everything we can to protect them from the cesspool that our education system is slowly becoming. And of course, the first “neighbors” we are to love are our own children, and at times that will mean putting them in private or religious schools, or homeschooling. That doesn’t mean we ignore public schools, just that we be honest about what’s going on in today’s public schools. Which hopefully puts this into some kind of context:

Again, we could have a discussion about the economics of public schooling. There are schools that are underfunded. There are also schools that are insatiable money pits which no amount of spending will ever satisfy. Neither of those conditions seems to be automatically related to the quality of the education provided in those schools (with important conditions and provisos on that statement, of course). For more on this, Bruce Goldberg’s Why Schools Fail and Ben Sasse’s The Vanishing American Adult (reviewed here) are excellent places to start. (Just for the record: I am pro-public schooling and generally against vouchers–why would we want to wreck private schools with government money? I just happen to think that most of the points in the original posts are tangential to the real problems schools are facing.)

Obviously, these books won’t provide full answers to every question. But hopefully this is a good place to start for anyone who wants to see where conservatives are coming from on some of the issues brought up in the original post. Again, the point is not exactly to be contentious (though I’m enough of a cranky old man to to be able to completely avoid that), just to attempt to engage with the questions asked. 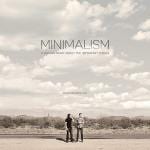 February 8, 2019
Some things are more important than others
Next Post

February 15, 2019 Augustine on the Pelagians
Recent Comments
0 | Leave a Comment
"We may be entering into that scenario right now. As things fall apart, note that ..."
Barros Serrano The Lost Book
"A book and movie review blog on the Patheos portal, once upon a time called ..."
cneal Common Grace, 3.5
"What is schaeffer's ghost?"
Herrnhut Common Grace, 3.5
"These are good Christian books to read and I will surely add them to my ..."
Don Davies 18 Christian Books the Intellectually Curious ..."
Browse Our Archives
Related posts from Schaeffer's Ghost