Liberalism was bound to fail all along

Liberalism was bound to fail all along April 23, 2019 Coyle Neal

Patrick Deneen’s recent book Why Liberalism Failed has been making a splash in the (admittedly small) academic circles I follow since it came out last year. I’ll have some longer reflections on this down the road–and yes, I know I’ve been saying that a lot lately. But for now, here are a couple of initial thoughts.

First, an important disclaimer: when Deneen talks about why “liberalism” failed, he doesn’t mean “why Obamacare didn’t work” or “why free college is a terrible idea” or any such popular version of “liberalism.” Instead, he means “liberalism” in the broader sense of “the Western world since the Enlightenment”, which includes both modern Clinton/Sanders liberals and modern George W. Bush conservatives (and the combination of the two camps found in the populist Donald Trump).

In short, Deneen argues that

“Liberalism has failed–not because it fell short, but because it was true to itself. It has failed because it has succeeded. As liberalism has ‘become more fully itself,’ as its inner logic has become more evident and its self-contradictions more manifest, it has generated pathologies that are at once deformations of its claims yet realizations of liberal ideology. A political philosophy that was launched to foster greater equity, defend a pluralist tapestry of different cultures and beliefs, protect human dignity, and, of course, expand liberty, in practice generates titanic inequality, enforces uniformity and homogeneity, fosters material and spiritual degradation, and undermines freedom. Its success can be measured by its achievement of the opposite of what we have believed it would achieve. Rather than seeing the accumulating catastrophe as evidence of our failure to live up to liberalism’s ideals, we need rather to see clearly that the ruins it has produced are the signs of its very success.” (3-4)

For what it’s worth, I happen to think that Deneen has correctly diagnosed what’s wrong with liberalism and why society is in the process of an increasingly fast collapse. Really all he’s doing is updating de Tocqueville for the 21st century, so of course he’s right. But that’s also not really the point in this review.

What matters here is that liberalism was always bound to fail. Deneen has given us a good description of why, but in one sense the “why” doesn’t matter. “Liberalism” is a part of a fallen world, sin is shot through each and every part of it (which of course isn’t to say that it is as bad as it could be), and any promises it makes are eventually bound to fail.

Which is one place we as Christians have such an important message: your -isms won’t save you. Liberalism, despite all its grandiose promises of freedom, equality, and limited government, is bound to crash and burn because of the flaws designed into its system. The same was true of communism, fascism, feudalism, and all the rest. The only sure and certain “system” is the one that is promised for those who have been redeemed by the blood of the Lamb, the “city that has foundations whose designer and builder is God.” (Hebrews 11:10) Until that future city comes, we as Christians are to ride out the ebb and flow of the waves of human systems around us, offering to share the hope we have in Christ that sets us free to live as citizens with one foot in this world, to be sure, but also with our minds and hearts set on the world to come. 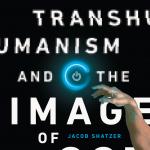 April 19, 2019
The robots aren't coming, they're already here
Next Post 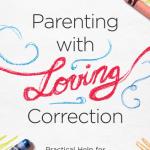 April 26, 2019 Another Book on Parenting
Recent Comments
0 | Leave a Comment
Browse Our Archives
get the latest updates from
Schaeffer's Ghost
and the Patheos
Entertainment
Channel
POPULAR AT PATHEOS Entertainment
1 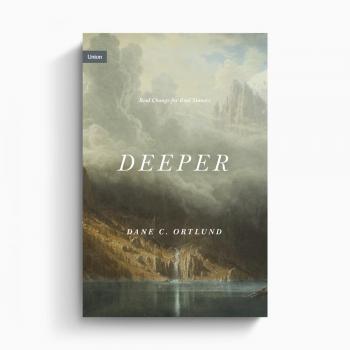