Continuing his study of Adam’s creation, Kuyper now argues that Adam was “wise, holy and righteous.” We tend to focus on “rightous,” which is fine so long as it is properly understood. That is, “righteous” has to do wtih the purity of the relationship between the image (man) and the original (G0d). We see this most when we look at the nature of justification, where very clearly “righteousness” is ultimately a matter of “being in the right position before God.” (182)

If Adam was rightous, then he was good. And if righteous, then he certainly was not neutral with potentailities towards either good or evil. It would require a choice of will to leave this ‘riginal righteousness, but the Bible is clear that the Fall of man was a fall from the good position in which man had been place by God.

Wrapped up in original righteousness were both original holiness and original wisdom. The three must travel together. But, some will object: how can we be holy if we can sin? This isn’t, according to Kuyper, the right approach to defining ‘holiness.’ Either one is ‘holy’ or ‘not holy’–there is no third, in-between, category no matter how large the space between ‘holy’ and ‘not holy’ may be.

The problem we have in trying to understand the sharp dichotomy between holiness and unholiness is that we by definition are coming at the categories only from the perspective of sin. Someone who was wet and has dried has a different perspective on being dry than somoene who was never wet to begin with. Which I think is a delightful analogy, and I’m glad Kuyper used it. I will certainly be stealing this in the future.

Nor must we confuse the image of God with the categories of righteousness, holiness, and wisdom. Not even the Roman Catholic Church teaches that the image is effaced in the Fall (though they create a new category of ‘likeness’ to explain what is lost in man’s rebellion). Rather, we see that the image of God in man is found in two ways: the essence of man and the qualities of man. In other words, we are the images of God in that 1) we are able to reflect God and 2) we have the natural qualities that enable us to reflect God. Both of these categories are applied to body and soul alike as an organic, unified whole. Though an important caveat here: to say that a human being is in the image of God with respect to our physical bodies is not to say that God has physical eyes. Rather, it is to say that the way our eyes see is akin to God’s perfect sight. The body is the means by “which we manifest ourselves in the visible [world].” (187-188) Even animals have some physical abilities, but only man can truly image God through the body.

“…we are truly God’s offpsring, and in him we live and move and have our being… and even in the midst of the most horrible self-degradation, the foundation of our human being still remains lofty, so that the self-deification of the human being, created in the image of God, is well-nigh unavoidable on the part of those who have fallen away from God.” (188)

Because we bear God’s image, so too are we permananet–even death cannot end us. Which reflection is going to lead Kuyper into the beginning of a discussion of the origin of death in the covenant of works. But that’s for the next post… 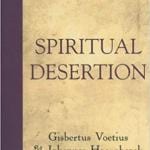 November 1, 2019
Voetius on Comfort for the Afflicted
Next Post 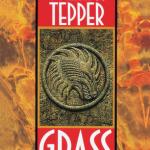