I really didn’t intend this series to go a chapter at a time. In an ideal world, the whole book would have been knocked out in a semester (because us academics think in terms of semesters). But so far I’ve found it worthwhile to slow down and ruminate on what Kuyper has to say…

In the Garden, man was clearly, objectively good. But he had to choose, and the choice had to be real choice–whether to develop according to God’s image, or to develop against it. This first choice, and only this first choice, was the only choice any human being ever made with “unconditioned power” and “unconditioned freedom.” Freedom, because nothing has bound it yet–man could obey or disobey; and power “because it binds everything that follows.” (200)

This first choice is the offspring of the tnesion between made in God’s image–especially in the image of a sovereign God–and being a dependant being. “In that contradictory notion of a dependent trait of sovereignty lies the whole mystery of our religious moral being….” (200) God Himself is

“determining everything, [yet] determined by nothing. And the shadowed marker of this lay precisely in that first choice of man’s will… The most frightening thing is that man had to accomplish this act of soverignty with deriviatve, with received, with dependent powers. Adam was indeed wise, but with received wisdom; he was indeed holy, but with a holiness that was instilled in him; and so too he was righteous, but in a state of righteousness because God had placed him in that state.” (201)

What’s more, Adam’s choice was necessary. Not that the outcome was necessary, just the act of choosing. Progress is a requisite part of human existence, and testing and growth are parts of our being. But why is this so? Why couldn’t God just make us perfect in heavenly glory? Kuyper’s answer is that God could not make us sinful, so man had to choose the condition for himself.

Likewise, leaving the tree out of the Garden wouldn’t have worked either. And again, we don’t want to get too hung up on the nature of the tree. But we do want to note that we actually see three trees, or at least three categories of trees:

The two trees in the Garden and the Tree of Life in the New Jerusalem point to the higher life man was made for, while the trees twisted by the fall show the results of our disobedience. In these images, we see the broader point that the Tree of the Knowledge of Good and Evil was good for the soul not in its fruit, but in the obedience it was intended to let us demonstrate. This was specifically contrary to its physical beauty, which Kuyper will return to in a few chapters. 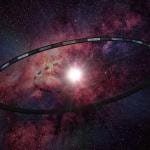 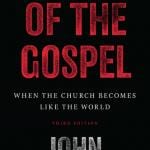