Still, 2010-2019 have been fairly productive reading years (despite getting married, having children, and getting a full time job in there). So hopefully this list is of some value to someone.

There is going to be one other difference between this list and my “Best of 2019” list: this one will not include any fiction. That’s mostly because I think it takes a while to decide whether or not a work of fiction is truly great (and if it is, it will be worth re-reading down the road). So for example, even though Stephen King published a number of books in the past ten years that I think are excellent, I think we should wait to see if they stand the longer test of time. I’m tempted to make an exception for books like Radio Free Vermont (reviewed here), but five years from now that may seem like a quaint, time-bound text that’s not really worth anyone’s attention.

So, without further ado, the best books I read in the last decade:

Wisdom and Wonder by Abraham Kuyper. If you’ve been following this blog, you know that I’m excited about the release of translations of Abraham Kuyper’s writings. One of the earliest releases in this series is this short book on Kuyper on science. This is a short and fairly accessible introduction, so if the massive hardbacks are too intimidating, start with Kuyper here.

Dominion and Dynasty by Stephen Dempster (reviewed here) The “New Studies in Biblicacl Theology” series has been pretty consistently excellent, but Stephen Dempsters overview of the Old Testament really stands out from the crowd (at least, from the crowd of the books in the series I’ve read–by no means all of them).

Games Without Rules by Tamim Ansary (reviewed here) Why on earth can’t we just get things right in Afghanistan? While no doubt the recently leaked Afghanistan papers will add to our understanding of our mistakes there, Ansary’s historical survey is an excellent place to begin trying to understand this part of the world that seems so strange to Americans.

The Generals by Thomas Ricks. Our problems in Afghanistan may not be merely the mistakes of politicans and bureaucrats on the home front. There has been a serious problem with our military command since the end of World War II. At least, that’s what Thomas Ricks claims in his excellent book The Generals. Obviously military power is not what makes America great, but if you’re concerned about the future of our nation you should certainly be concerned with the nature of our military leadership. This book is a good place to start.

Augustine on the Christian Life by Gerald Bray. I have the vague memory that this book won some kind of book-of-the-year award (Christianity Today’s? The Gospel Coalition’s?). If it didn’t, it should have. Because it is genuinely excellent.

Unleashed by Eric Mason. Protestants like me (which, you know, God help you if you’re one of those) are pretty solid on justification. But sanctification? That’s another matter entirely. Fortunately, Eric Mason’s short book Unleashed is an excellent guide to thinking about how to pursue holiness. So if you’re a Protestant like me, you really, really need this book.

Why the Reformation still matters by Michael Reeves and Tim Chester (reviewed here). With 2017 being the 500th Anniversary of the Reformation, we saw a landslide of books on the subject released that year. Frankly, many of them could have made this list (including any of the Sola series released by Crossway, all of which I’d encourage you to pick up and read). But this book is one that would have been worthwhile even had not 2017 been a 500th, and as such it’s worth reading even years after the celebrations have faded.

Tweetable Nietzsche by C. Ivan Spencer (author interview here). I genuinely was prepared to be underwhelmed by this book. I mean, come on–tweetable Nietzsche? Is that just saying ‘Nietzsche’? Functionally all he wrote was tweets, clearly this book was going to just be lazy writing. And then I read the darn thing and it was truly an excellent book. I’d encourage you to read it too.

The Vanishing American Adult by Ben Sasse (reviewed here). I talked above about how some books don’t stand up to the test of time. I really, really hope this is one of them. I would love to go back at the end of the 2020s and say that I was wrong about Senator Sasse’s book and that the American adult really has not vanished, and that instead we became a nation of mature and thoughtful citizens rather than petunant, lazy, mostly illiterate… well, you get the point. But until that happens, you should read The Vanishing American Adult and at least take steps towards not vanishing yourself (and kindly occasionally encourage me to do the same).

The Man who Saved the Union by H.W. Brands. As a Political Scientist, I can tell you that most scholars look down on Ulysses S. Grant as a President. He’s also occasionally come under attack as a General. So a book that looks at his career and life with a friendly and wide lens–but without covering over his warts– is a welcome one. I will say that I was especially convinced by Brand’s telling of Grant’s thoughts on secession. Grant’s view… actually makes a lot of sense and I think it might be worth further reflection. But if you want to know what it is, you’ll have to read the book.

John Quincy Adams by Harlow Giles Unger. Like Grant, JQA’s presidency is often dismissed by Political Scientists in light of Monroe’s ‘era of Good feelings’ or Jacksonian Democracy that bookended his time in office. Yet, there was so much more to the man than his Presidency that was actually quite critical to our flourishing as a nation in the early 19th century. This book is a well-written and thoughtful approach to a not-very-well known President, and I stronlgy encourage people to read it.

Reader’s Guide to the Major Writings of Jonathan Edwards by Nathan Finn and Jeremy Kimble (reviewed here). I wrote my dissertation on Edwards, so I’m still kind of done with him. But if you’re not and looking for a great place to start, this overview of his major writings is an excellent one.

Jacksonland by Steve Inskeep. This is the story of the Cherokee political development and resistance to resettlement prior to the infamous Trail of Tears. We see President Andrew Jackson held up against Cherokee Chief John Ross. This is an excellent book not least because of its nuanced take on both figures. And they are figures who need  some nuance, if they’re not to become caricatures either for good or evil…

None Greater by Matthew Barrett (reviewed here). If you’re like me, you’ve likely never independently asked yourself ‘what must God be like, if He is genuinely the most perfect being possible?’ (And we’ve established above that not many of you are likely to be much like me.) For those of us who haven’t, None Greater is an excellent nudge in that direction. For those of you who have, this is an excellent overview of the ‘undomesticated attributes of God.’ Barrett’s book walks through characteristics of God like ‘omniscience’, ‘omnipotence,’ and ‘glory.’ Reflecting on these and the other attributes of God may very well be the best way you could start the next decade, and None Greater is an excellent aid along the way. 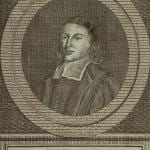