Genesis 12 is the pivot point where the Bible transitions from dealing with ‘mankind as a whole’ to dealing with ‘God’s people as Israel specifically.’ At Pentecost, we have yet another pivot point where the nations are brought back in, which in turn foreshadows the great gathering of nations in Revelation 7. But in between Genesis 12 and Pentecost, and largely between Pentecost and Revelation, Scripture is ‘particular.’ That is, the bulk of the Bible is primarily focused on God’s people alone. It’s not that other nations don’t matter (Kuyper will make that clear). It is that the Bible is primarily a book written for God’s people, not for the nations.

Yet this truth has led to “dangerously promoted particularism” that disdains the fate of the nations, as well as a ‘chiliasm’ focused on the conversion of the Jews that healthy theology (i.e. Reformed theology, in Kuyper’s view) has regularly and repeatedly rejected. Reformed theology and what in our time we would call ‘dispensationalism’ are incompatible. (375-376)

This isn’t to say that we should suspect the motives of those who hold this false view–they’ve just misunderstood the relationship between particular and common grace:

“Everything here depends on the correct perception of the relationship between particular grace and common grace or, if you will, of a correct understanding of the relationship between the original work of God that we admire in creation, and the other work for which we jubilantly give thanks after having drunk from the Fountain of salvation.” (376)

Here, Kuyper isn’t tracing particular grace specifically. Instead he’s focusing on how the two forms of grace interact with each other and weave together. Specifically, we have to ask whether particular grace has supplanted common grace? Or do the two work together? Of course by this point we know the answer: we must not replace particular grace (that saves us from our sins) with common grace, but neither should we continue to ignore the importance of common grace. The result of ignorance has been chiliasm and Methodism. And what the footnotes regularly point out, Kuyper here reinforces that by “Methodism” he doesn’t mean the good sort that we get with Wesley and Whitefield which strove to revitalize the Church of England. In fact, he gives a very passionate defense of their work that is worth reading in full on pages 377 and 378. What he means is the worse side of ‘Methodism’ which favors ‘fellowship’ while disdaining the church as an institution. This (false) fellowship is generated by the mistake of collapsing the nature/grace distinction in favor of revivalistic technique. Which tells us that by ‘Methodism’ what Kuyper really means to target is ‘revivalism’ of the sort specifically practiced and championed by Charles Finner.

Yet, salvation is not uniform–not all are saved, and people are not saved in equal proportions or at equal times. There might be a thousand Americans saved here today, and a million Dutch tomorrow, and two Englishmen the day after. Etc. This shows us that particular grace works in the context of common grace. We likewise see variety in the nature of individual conversions–some people hear the Gospel young, convert, and believe their whole lives. Others convert only in old age. Yet others hear the Gospel, reject it, and come back later. Etc.

The point here is that in the variety of life both of the church and of individuals we see a diversity that is directly the result of common grace. Complexity is the rule of the day for the Reformed, while the Methodists (again, of the non-Wesley/Whitefield sort) stick to a formula for conversion, which functionally means they must start with and focus only on the worst sorts of folks who can then have the dramatic and flashy conversion story. While evangelism of this sort is important, treated exclusively it ignores the way God varies the operation of regeneration.

Abraham is the beginning of the story of particular grace in the Bible, but he is also the point of intersection between particular grace and common grace. Abraham is to be a blessing to all nations–not just to the Jews. To say this a different way, the Jews are a means of bringing about this blessing. So the call of Abraham is a call that is for, but not necessarily to, the whole human race. 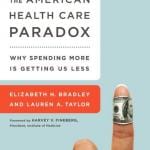 March 13, 2020
Why More Money Doesn't Make you Healthy
Next Post 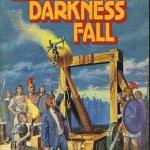