For example, God began to guide the nations by means of common grace after the Flood, but then gave them over to Satan and their sin. This is not to be confused with the ‘hardening,’ as that of Pharaoh, but rather is the moral decay that follows idolatry.

This is what we see in Romans 1. Kuyper gives us some further explanation of this process of decay:

Since Paul had seen good government firsthand, he couldn’t have meant in Romans 1 that a universal withdrawal of common grace was going on all the time in the world. Instead, he was talking about the collapse of common grace in the religious sphere. This isn’t to say that the different aspects of common grace are unrelated! The collapse of any one of them undermines the others over time. 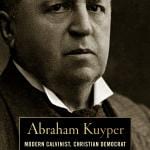 June 26, 2020 Thinking about the Christian life
Recent Comments
0 | Leave a Comment
Browse Our Archives
get the latest from
Schaeffer's Ghost
Sign up for our newsletter
POPULAR AT PATHEOS Entertainment
1