Kuyper argues that there are three stages by which common grace is withdrawn. In other words, we should expect to see decline, rather than progress, as the order of the day.

First comes a “falsifying of their relationship to God” (501). The introduction of idolatry as a means of worshiping the true God was the beginning of the collapse of common grace. Idolatry in this sense usually is the result of a false idea of sacrifice that confuses the spirit and the flesh. (502-503)

Third come the “falsifying of their relationship to themselves.” (504) The last stage is a transition involving the moral collapse of society that follows the unmooring of sexual ethics.

At this point, there is no further withdrawal of common grace–at least not until the man of sin appear, more on that later in the volume. Here, we should just remember that this doesn’t happen simultaneously in all nations. It is usually staggered. I suspect that Kuyper would revise that conclusion if he could see 21st century America…

Rather, particular grace presumes common grace, and even requires it:

But, we might ask, doesn’t particular grace replace common grace? That is, don’t we live under common grace until we’re converted, then we live under particular grace? Kuyper answers this with an emphatic no! To the contrary, we must remember the multiple areas where common grace functions, and how they overlap in human life. The revival of one of these areas energizes the others–even though some of these areas matter more than others. So the world can be more “shrewd” (Luke 16:8) than believers, without saying that the world is saved. When Jesus says this, he is pointing out that in some spheres common grace is stronger in the world. So we should expect Israel to have automatically been artistically greater than Egypt, while assuming that Israel existed only under particular grace and had no common grace at all. In reality what we see is that Egypt was far ahead of Israel in common grace areas like art and architecture, and that Moses himself took what he learned in Egypt and passed it on (through common grace means) to Israel, which itself was both under common grace and particular grace.

July 3, 2020 Job for Children?
Recent Comments
0 | Leave a Comment
"That'll teach those dead babies and orphaned children who's boss."
Emily Carter John Piper and the Coronavirus
"The elect have nothing to worry about. They were saved from before the foundations of ..."
OldArmy John Piper and the Coronavirus
"I don't have a home church at this time because I moved recently, but my ..."
Rod Saunders Confronting the American Gospel
"Rod, do you attend a church that we would generally label as being a "prosperity" ..."
padutchrunner Confronting the American Gospel
Browse Our Archives
Follow Us! 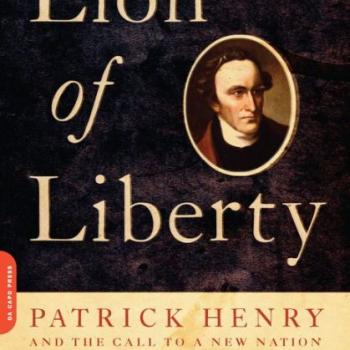