Human beings have a natural propensity to want to know more about the future than Scripture tells us. However, that’s not the point of prophecy. The point of prophecy is given so that we may believe in Christ. Yet we tend to assume that the prophecies we read in Scripture are about the present and being fulfilled in our own time, rather than being about the future. To be sure prophecies in Scripture have a present application, but the pattern we see in Scripture is that as they are fulfilled the people who are living through the fulfillment do not understand the times they are living through.

So we should not do what some people spill a lot of ink doing: attempt to outline the eschatological fulfillment in detail–that’s not how Scripture works. Until a prophecy is fulfilled, we live as believers have always done: knowing generalities about the future, but not the specifics. In fact, we really only know five things from 2 Thessalonians 2:

Even if this is all we know, it is still a pattern with forward and backward movement over time. Any attempt to specific our place in this pattern is wrong and will fail to strengthen, comfort, or inspire the church.

Where in all of this does common grace fit in?

Kuyper thinks we see two historical trends in the church:

To put this another way, Kuyper thinks there are the people who are only concerned with their individual salvation and nothing else (the first group) and those who are trying to calculate the date of Christ’s return (the second group).

Each group recognizes that suffering is a part of our lives as Christians in the world. But why must this be the case? Why must we suffer before Christ returns? The Pelagian answer is clear: free will is the cause. The Biblical answer is that it is God’s will and pleasure. Human history is a web of organic connections that mix and fight and progress and grow, all by God’s will. Only when the world’s rebellion is at its full might will God finally cut it down:

“…only when [the powers of the worldly rebellion] have come to full development, will he annihilate those powers of evil and those spirits of lawlessness… then the result itself must constitute proof that God did not cut off Babylon before it could prove its full power, but he destroyed it only when the results had demonstrated that nothing could be hoped from Babylon, that Babylon could not be saved, when at the full-blown height of its development it collapsed as dust and rubble before the majesty of God.” (524-525)

This also explains how it could be said that Jesus did not know the hour of His own return–it’s a matter of the Father’s creation ordinance, not of the Son’s redemptive work. 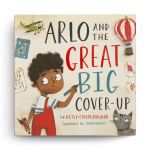 July 17, 2020 Repenting, Forgiveness, and Children
Recent Comments
0 | Leave a Comment
"I think it's much better thining in Simba as been yourself than been Christ. I ..."
Matheus Vinícius Ferreira The Lion King: Disney’s Almost Christian ..."
"That'll teach those dead babies and orphaned children who's boss."
Emily Carter John Piper and the Coronavirus
"The elect have nothing to worry about. They were saved from before the foundations of ..."
OldArmy John Piper and the Coronavirus
"I don't have a home church at this time because I moved recently, but my ..."
Rod Saunders Confronting the American Gospel
Browse Our Archives
get the latest from
Schaeffer's Ghost
Sign up for our newsletter
POPULAR AT PATHEOS Entertainment
1