Having settled, then, that common grace exists, functions, and halts sin from rushing to its conclusion throughout creation. Ignoring common grace either ignores sin or ignores the imago Dei.

But now what? Is this all? Or can we explore how common grace works? At this point, we must begin to dig into the “hidden realm of the mystical life.” (67) And if that line had been written by anyone but Abraham Kuyper, and if it had been written earlier than 600+ pages into his work on common grace, I would have shut the book and written him off as, at best, a mushy Evangelical. But it wasn’t so let’s keep trucking.

As viewed through the filter of particular grace, the world is gloomy with only spots of light–maybe occasional broad swathes of light if we’re lucky. From the perspective of common grace, we the grace of God’s hand shining through in all of creation. But how can we see this?

With someone like Abimelech, God directly intervenes to restrain sin and then explains what He has done. This was not an ethical restraint–Abimelech did not repent. It was instead an act of power: God’s hand was at work directly in his life. The means (illness?) doesn’t matter.

To give another example, Kuyper turns to God’s protection of Jacob from Laban in Genesis 31:4-7. In this case as well God actively restrains sin–just as is implied about the time prior to the description found in Romans 1. The Lord steers us away from sin.

To be fair, Scripture mostly speaks of this steering away from sin relative to particular grace in the soul. But common grace operates the same way. There are no powers “other than those created and restrained by God.” (71-72)  He governs their directions not through natural necessity–that’s not how morality works. Gravity must pull down, but ethics must go where it’s told. Sin is the bad direction of Divinely created forces. Which then leads to the logical question, where does sin come from?

We don’t find our answer to the problem of evil in deism. God does not create the world and then step away. Instead, Kuyper articulates a version of occasionalism:

“No one possesses, in his blood, in his nerves, in his muscles, and equally in his will or his intellect–even for a single moment–a force that can rest in itself; if God ceased to maintain all this in himself, nothing would be left of all these powers, nor would they exist anymore. To put it strongly: God himself supported and strengthened the muscles in the hand of Rome’s soldiers when their evil hands drove the nails into Jesus’ hands and feet… No matter how terrible it is to think about, no sin is ever committed except with the powers created and maintained by God, even in the very moment when the sin was committed.” (72)

So all sin is done with powers under God’s creative control. These are powers which He can unleash or restrain at His discretion. Thus, common grace isn’t so much ‘supernatural’ as it is immediately upon humans, which is a kind of supernatural action through and against man’s will. And yet, it is also all within us–so again, common grace is not supernatural. It just works differently in different people. Some poets, for example, are better than others. Some men are more evil than others. And so on. Whether we live for God’s glory or for our sin, how far we go in either direction depends on Divine ordination.

October 30, 2020
Toppling the false gods of the age
Next Post 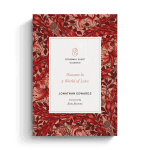 November 6, 2020 Jonathan Edwards' best work
Recent Comments
0 | Leave a Comment
"I am aware of those kinds of discussions and statements (and even of the fact ..."
cneal Confronting the American Gospel
"No disagreement here!"
cneal Common Grace, 2.7
"No--Christians should be institutional because the church is an institution (it is more than that, ..."
cneal Christian Institutions in the 20th Century
"Good points! I love Will's columns too (he's especially been on fire for the last ..."
cneal George Will’s Mixed Sensibility
Browse Our Archives
get the latest from
Schaeffer's Ghost
Sign up for our newsletter
POPULAR AT PATHEOS Entertainment
1