Continuing his discussion of the relationship between predestination and common grace, in chapter 14 Kuyper reiterates that predestination governs ‘all things’, not just angels and humans. In Scripture, ‘all things’ means all of creation as it exists in organic unity. We are to praise the glory of God as the end of ‘all things.’ This view de-values Origen’s theory that even in an unfallen world the Incarnation would have happened. Christ’s Incarnation was a result of sin–and yet, it was also not dependent on sin. The Incarnation is not secondary or contingent on the fall of man!

Instead, both sin and the Incarnation, indeed–‘all things’, are bound together in God’s decree: creation and predestination are one decree, not two side-by-side.

Nor should we say that ‘humanity’ will perish while the few elect are saved. this just shows our ignorance of the meaning of ‘mankind’ or ‘organism.’ Rather, the saved are the whole organism made new–not cobbled together from disparate parts. Rather the whole of humanity is renewed with the lost pruned out. The saved stay and are purified while the lost are removed. We see this picture multiple places in Scripture, including in the Flood where the few become mankind.

We can see clearly by looking at those who elevate particular grace and election and triumph in parables like that of the wheat and the chaff to the point of demeaning the chaff that those who support such dualism are guilty of spiritual self-exultation. This is the logical conclusion of subordinating common grace to particular grace and represents a failure to understand how God glorifies Himself in creation and in common grace. God twists Satan’s sins and our sins to His own purposes–not for the sake of the elects.

Certainly common grace is essential for the church to survive and grow so that the effects of sin are softened. It also prepares the way for the Incarnation. Yet, this is not all. Even here, God triumphs in self-glorification over Satan. His work has not been undermined or thwarted by sin. Instead, creation continues to shine forth God’s beauty, even as we see how far creation has fallen.

All this to say, common grace serves multiple functions all for the purpose of the glory of God.

But what about the lost? What about Judas, “for whom it would have been better not to have been born“? Didn’t God make him? Did the world have to be this way, as some have claimed? Why is there sin at all?

Infralapsarianism is not the answer to these questions–however poorly supralapsarians have defended themselves at times. Infralapsarianism is incompatible with Divine foreknowledge, so the whole thing wrecks on Scripture. Instead, with Paul we say that the pot may not question the potter. Or, to put it another way, we must think about these questions while realizing that we cannot answer them. The only response we can give is worship, since the answer to all of these difficult problems lies in the God-creature relationship which we know through revelation, but cannot explain.

And on that, Kuyper will begin to turn from predestination to the Incarnation. 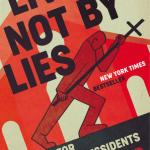 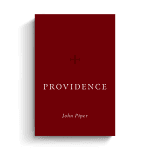 December 18, 2020 God planned this book
Recent Comments
0 | Leave a Comment
Browse Our Archives
get the latest from
Schaeffer's Ghost
Sign up for our newsletter
POPULAR AT PATHEOS Entertainment
1

Entertainment
The Source of our Hope
Schaeffer's Ghost