Jesus submitted to the judgment of the spiritual authorities (the Sanhedrin) and the temporal authorities (Pilate) of His day. Kuyper makes two points here:

We are physical and spiritual beings, with the former serving the latter. This separates us from the animals and plants–nature is all about instinct (at most), and is mostly concerned with power and survival.

In Eden, Eve rejected the invisible spiritual order in favor of sensual delights. Obviously there was more to it t han that, but here the point is that the distinction between visible and invisible is relevant. Following the Fall of man and through the spread of mankind, ‘might makes right’ begins to rule men–as we see even today in some parts of the world. And yet, even in those places common grace is present. Common grace preserves some of the spiritual order both in man’s inner life and in external society. It leads to government and moral order, which in turn allows for quiet lives and protection of property. This government and order does not come from selfishness, but rather from the knowledge that the order is outside of us.

This leads to Kuyper’s definition of justice. Justice is a properly oriented social order. It is not peace between the weak and the strong–or at least, it is not just that. What this tells us is that government must be stronger than the strong in society. Yet, the government is also sinful, and so perverts justice. Common grace and sin continually struggle. We can see in this struggle the benefits of pursuing order over power and violence, and yet our natural inclination is to sin.

Even with this ongoing struggle, government is the greatest single mercy of common grace and has the power of life and death. Which tells us that Christ’s death sentence is the result of common grace. But it wasn’t just any judge who sentenced Christ. All nations have some kind of justice, but some more than others. The Romans were at the forefront of the growth of justice in the ancient world. So Jesus was executed by a Roman judge–the best system of law in the ancient world (and one which is still in use in Europe).

And yet, even this advanced justice of Rome was still at root sinful and focused on the individual–and consequently opposed by Jesus. Even Pilate understood this. The “pinnacle” of human “legal development” got it wrong and showed itself utterly opposed to the Kingdom of God.

More on the preparation of this world system in the next post. 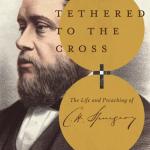 January 29, 2021 Tethered to Spurgeon
Recent Comments
0 | Leave a Comment
Browse Our Archives
get the latest from
Schaeffer's Ghost
Sign up for our newsletter
POPULAR AT PATHEOS Entertainment
1