Common grace did not cease with Pentecost. It runs through all of history until the end. This includes in countries that have not been influence by Christianity, though Kuyper believes that they are “outside the historical development of our human race as a whole, and it is not through these countries and these peoples that the broad stream of common grace pushes on toward the end.” (197) We see this, Kuyper tells us, in the civilizations in the Western Hemisphere that have “perished forever” (198). Of course by putting it in the passive Kuyper elides the fact that these ‘perished’ civilizations have ‘perished’ because they were intentionally and systematically wiped out by those ‘higher civilizations’ where common grace flows so much more freely in his view.

Kuyper argues that the East is “somewhat different” from those destroyed Western civilizations (the Aztecs, Incas, etc), and we’ll have to wait and see how things unfold. For now (~1900), the West seems to be steamrolling the East (i.e. the British are ruling India, the Dutch Indonesia, everyone’s pushing around China, etc). China and Japan are particularly civilized, and are quickly adopting to the ‘modern’ world–yet only externally. What they are adopting from the West is not organically connected to their pagan past/present. Common grace was and is at work there, but not in a way that Kuyper thinks makes lasting contributions to “the human race.”

Kuyper argues that much the same is true of Islam. Common grace was once even stronger there than it was in the West, and it (Islam) certainly impacts all it touches. If nothing else, it’s successfully stamped out idolatry in regions of the world where it holds sway. Yet, it has a solid stopping point. Kuyper doesn’t want to dig too much into Islam here (see Pro Rege and On Islam for Kuyper’s thoughts); we can only note that it matters more to world history than the other world civilizations, primarily because it has been so heavily influence historically by Christianity.

Looking around the world aside from where Christianity has flourished, we can see that there are “two rich operations of common grace”:

The former kind was in the Western Hemisphere, the East, and partly Islam; the latter kind of common grace was in Egypt, Babylon, Greece, Rome, and the modern West under the cross. The former we might call “special” common grace; while the latter is “general” common grace. We see common grace flourish in its fullness only “through the Christian religion.” (202-203)

So we must reject views that separate Christianity from history. “Christ was bound entirely to this general line of common grace…” (203) So too we must reject the idea of a divide between nature and grace. The two are one work bound by the Mediator who is also the Creator. The ancient world is not bound for destruction/replacement; it is Adam’s world bound for renewal and restoration. That’s why the Christian nations are the pinnacle of development–and their fall will mark the end of history. Whatever the future holds, we can at least be certain about the thrust of the past.

Okay, so what to do with this difficult and certainly-dated chapter? Obviously, any good 21st century individual is going to categorically reject Kuyper’s categorical rejections of the various peoples and cultures of the world. That almost goes without saying, but given the sensitive culture these days I want to say it anyway. I think the challenge here is to sift out Kuyper’s tools without holding on to his conclusions. The distinction he makes between ‘special’ common grace and ‘general’ common grace is probably his most interesting point. By way of example, the ziggurats of the Central and South American pre-Columbian civilizations have not influenced modern architecture and thought in the same way or to the same extent that the ziggurats of the ancient Middle East have. (Disclaimer: I am neither an archaeologist nor an architect, so if this claim is wrong please do tell me so in the comments). That doesn’t mean the achievements of the Central/South American peoples aren’t impressive–certainly they are the result of common grace. It is to say that their primary impact has so far been limited to the peoples of the past who lived in the region, rather than ongoing.

Now, with that said, the interconnectedness of peoples today means that more and more of us are exposed to more and more ideas. It may very well be that what was in the category of ‘special’ common grace, because once limited to its own time and place in influence, moves too the category of ‘general’ common grace as it becomes influential on the world of today. Here we might think of how much people were discussing the Mayan calendar back in the lead-up to 2012 (for better or worse). We might also see instances of ideas and influences moving from the category of ‘general’ common grace into the category of ‘special’ common grace. Where once an idea was widespread it increasingly becomes a relic of the past. One of the trends in agriculture in the past decade has been a move to no-till farming (basically, replacing the use of a plow with cover crops as a means of preventing erosion and keeping carbon locked in the soil). It may be that the influence of the Medieval European heavy plow has moved from ‘general’ to ‘special’ common grace. (Though I do know something about farming, I am by no means an agricultural scientist, so again corrections are welcome here too.)

A bit of fluidity between the categories will, hopefully, help us to avoid falling into the trap that got Kuyper of passing absolute judgements on the value of civilizations past and present. What was of no interest or use today might be tomorrow the center of a new cultural activity; and what everyone was doing today might be completely forgotten a generation from now. This isn’t to say we never judge cultures or civilizations, or that Christ won’t sort them out Himself when He returns. Just that we should be cautious–certainly more cautious than Kuyper–to avoid hubris when it comes to passing judgment by declaring ourselves the pinnacle of civilizations and others to be ‘lower’ on some kind of scale of merit. And we should certainly avoid hitching that scale of merit to Providence. Frankly, Kuyper should have known better, and we should learn from his (negative) example. 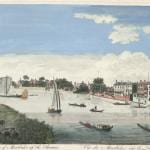 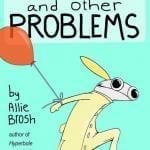 February 12, 2021 Problems have solutions
Recent Comments
0 | Leave a Comment
Browse Our Archives
get the latest from
Schaeffer's Ghost
Sign up for our newsletter
POPULAR AT PATHEOS Entertainment
1