Continuing the discussion about the relationship between particular grace and common grace, Kuyper reiterates that there is no such thing as inherited “saving grace,” while at the same time pointing out that common grace can be inherited. (249) And yet, there is a connection between the two. Common grace and particular grace flow in and out of each other confusingly from our perspective, so we must be careful to distinguish them.

Specifically, particular grace belongs exclusively to the elect. Common grace is shared between the elect and unbelievers. So being born into a God-fearing family is common grace. Both Jacob and Esau were born into the line of God’s people (common grace); but grace only comes through Jacob (particular grace).

To sum all of this up:

The “second part of the doctrine of common grace”, keeping these three points in mind, has to do with “upbringing and environment.” (250-251; the first point being, I think either that common grace is related to the family we’re born into, or that it applies to believers and non-believers alike) Even having a childhood is the result of God’s design and will. He could have made us so that nothing influenced us in the first five years of our lives, and yet God didn’t make us that way either. Instead children are impressionable even when they are passive. This is both an inescapable influence on us and yet does not negate our responsibility.

Common grace is woven throughout this in our families and in society. Parents are especially influential in this part of our upbringing, as is the balance between our fallen natures and the moderating effects of common grace. The same applies to our environments, though of course the nature/nurture distinction (though Kuyper does not use those exact terms) isn’t something we can solidly make. The point is that the “involuntary” influence of our surroundings is likewise under the sway of common grace. Our “inclination towards imitation” is strong here, either to copy positively or to flee negatively these early influences.

Household help, school friends, church, these are all “environment” and a part of the effects of common grace on our lives. We all know that these can be good or evil influences. But why some receive this kind of common grace and others do not is a question wrapped up in God’s Sovereign mystery. We don’t even really understand the psychology of how these influences work; we can but say that God’s hand is at work in our lives. 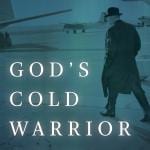 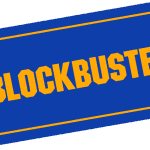 March 26, 2021 Nostalgia for Tape
Recent Comments
0 | Leave a Comment
"I am aware of those kinds of discussions and statements (and even of the fact ..."
cneal Confronting the American Gospel
"No disagreement here!"
cneal Common Grace, 2.7
"No--Christians should be institutional because the church is an institution (it is more than that, ..."
cneal Christian Institutions in the 20th Century
"Good points! I love Will's columns too (he's especially been on fire for the last ..."
cneal George Will’s Mixed Sensibility
Browse Our Archives
get the latest from
Schaeffer's Ghost
Sign up for our newsletter
POPULAR AT PATHEOS Entertainment
1