We will be helped in our life in the midst of this irony to remember the distinction between the church as organism and the church as institution. The effects of particular grace on common grace will tempt us to emphasize the church as an organism rather than as an institution, but we must remember that the two exist in a sort of contrast.

“… the church is therefore an organism if we take it in its hidden unity as the mystical body of Christ that is partly in heaven, partly on earth, in part still unborn…. Taken as institution, on the other hand, the church is an instrument, a local and temporary institution based on human choices, decisions, and acts of will; consisting of members, offices, and resources. It is a manifestation, therefore, in the external and visible and observable world.” (283)

This contrast blurs a bit when we look at the organic whole of the human race and the organic whole of the “mystical body of Christ”, which is not, Kuyper argues, a “gathering” of a “few converted persons.” The mystical body of Christ is instead made up of levels of organic connection that extend through eternity past, genealogy, and involves individual salvation. The image of grafting (if not perfectly horticulturally accurate) shows us

The New Testament uses this organic language regularly, and Kuyper describes the grafting of a plant in detail. (285-286)

But what are the “joining elements” between the original and the graft? Not the external bindings (the institutional church), but rather the natural processes that are “electrified” and brought to life by the Holy Spirit. (286)

Or organic connections are “material and spiritual.” For example, speaking is one way we involve both material processes (the operation of our vocal chords and ears) and the spiritual (the meanings of words and symbolism, etc) in an organic whole. Christianity takes language and grafts it into its own life, and influences the life of the whole language, including how others use it. This is how things are “Christianized.” (288) This could apply to any such “organic connection” or “joining element”, which in turn affects all of society.

So we should not speak of only the elect when we think about the church–that leads to nominalism and liberalism. “Christianity is social in nature,” and transforms as it spreads. This spreading transformation facilitates common grace as it works for the purpose of particular grace.

But what about ‘national’ institutional churches? Kuyper picks that up in the next chapter. 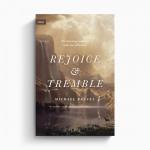 April 23, 2021 We should fear God
Recent Comments
0 | Leave a Comment
"I am aware of those kinds of discussions and statements (and even of the fact ..."
cneal Confronting the American Gospel
"No disagreement here!"
cneal Common Grace, 2.7
"No--Christians should be institutional because the church is an institution (it is more than that, ..."
cneal Christian Institutions in the 20th Century
"Good points! I love Will's columns too (he's especially been on fire for the last ..."
cneal George Will’s Mixed Sensibility
Browse Our Archives
get the latest from
Schaeffer's Ghost
Sign up for our newsletter
POPULAR AT PATHEOS Entertainment
1