Every human being is a mixture of good and evil. We are all contradictions in this sense, and live as part of a life-long struggle–even believers.

“The great challenge in forming a correct perception of the condition of a regenerated individual is that he gives the impression of being something that cannot exist, according to the Apostle James: a fountain that yields both sweet and salt water [James 3:11].” (335)

The claim that we can be perfectly holy in this life is false, and ignores that God sees our hearts in favor of what we see in the externals of our lives. That is not to say that there are not those few who are specially blessed with holiness–but even then only by comparison.

So, starting here, we see that even a charitable counting of God’s children with the result of maximizing the number of the saints results in a group of people who look quite a bit like the “children of the world.” (336-337) The world’s people are better and Christians are worse in some cases. Yes, believers read Scripture, pray, refrain from gambling, etc. But otherwise the world and believers are comparable in most cases. The solution to this problem lies in the distinction between particular grace and common grace.

Now to be sure, both common grace and particular grace work in believers, so our behavior as God’s people is influenced by:

Yet our sinful nature still operates and is influenced by the sinful world in which we live. All of this must be accounted for–we must not always expect radical change in conversion for those raised in strong common grace environments. Yes all are dead in sin by nature, but common grace preserves some from utter collapse in “civic righteousness” before their conversions. (339)

But how is this? How can the dead be virtuous? Especially given the truth that “good” is only “done from faith” by the Law and for the purpose of God’s glory?

Even more, the “good” civic righteousness done by unbelievers is aligned with God’s law, despite the fact that their motivations and goals are no credit to their actions and instead are shaped by the natural impulses given by God rather than by a desire to obey. Obedience marks the “morally good deed” (340), but obedience for the right reasons and with the right goals in view.

All of which tells us that by common grace the unregenerate perform actions that are both objectively good and driven by base internal desires. These individuals live rightly but in the wrong way and for the wrong reasons, such that were it not for common grace they would charge forward into full-blown evil. 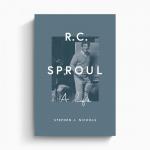 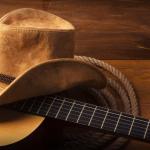