There is a twofold process in believers: instant regeneration through particular grace, and growth through sanctification into glory. Self-purification, to which we contribute, fits into the latter of these categories, but both self-purification and the general category of sanctification is a consequence of regeneration. We act out of gratitude for the purpose of glorifying God before people. This is one place common grace is involved in our sanctification. Obviously the world can’t see our inner spiritual lives–all they can see is our external behavior. They are to glorify God because of what they see in how we live. Our actions ought to compel a hostile world to admit the greatness of God.

This is absolutely not to say that we accommodate ourselves or curry favor with the world. Nor does it mean that we live with a mere façade of piety or of gnostic spiritualism. The world is always watching us and on the lookout for hypocrisy, so it’s better to live well rather than putting on a front. And yet, we are still to live well before them in “the realm of common grace… the only realm in which the world can judge.” (382-383)

So we must work hard and virtuously and remember that the world can’t “glorify” God in the sense in which we can. But there is still a kind of recognition at work here.

3. does not add to salvation, but it does glorify God before the world. Again, this is where common grace is at work. Particular grace “annoys the world” (which is a great way to put it), but common grace lets us work in the world. (385-386) Even atheists can see its utility, and modernists might even celebrate its social advances.

This attitude can be seen most clearly in how missions has been perceived. The perception of the unbelieving world basically went through three stages: first the period of malice, then the period of indifference, and now it has entered the period of appreciation. The conservatives were malicious, the classical liberals were indifferent, and the progressives are appreciative. (386)

Clearly times have changed a bit, though the general point is a good one. The world sees progress and recognizes its value. From our perspective, missions leverages this point of contact in common grace for the purpose of particular grace: which is why we should bolster common grace operations and resist active government support of the church. (388)

We must especially resist the  theological liberalism and the social gospel, even when they are well-intentioned. This “ethical” movement failed to distinguish between particular grace and common grace, and so rejected particular grace in favor of common grace. [Kuyper has spoken much about this in earlier chapters.] Over time we begin to see a decline in theological liberalism and the social gospel as generations get farther away from their past historic assumptions and deeper into surrender to the world becomes the norm. (390-391)

By contrast on our side, we’ve increasingly embraced a false dualism–a total separation from the world rather than just a confessional separation. We have neglected common grace in favor of particular grace. Solid doctrine and squish practice have become our norm. We must resist this false dualism (even if this means taking friendly fire at times) and embrace a true dualism until Christ’s return. Consequently we are required to just as rigorously engage in the realm of common grace as we do in particular grace. The New Testament calls to self-purification in resisting sin and pursuing virtue in the same places unbelievers do are one way we do this. This means at least in some areas the world should see us doing so and praise God for it. 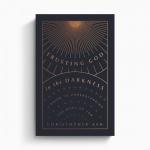 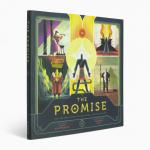 July 2, 2021 An incomplete book about a complete Promise
Recent Comments
0 | Leave a Comment
"hmm interesting and informative information, and would like to add interesting information from myself. I ..."
Steve Andrews Violence and Sports in Netflix’s “Malice ..."
"Fair enough--though I do have to wonder at what point someone who believes in ongoing ..."
cneal Common Grace, 2.50
""... we're not deists and don't believe God has created and then left." Not all ..."
Deist1737 Common Grace, 2.50
"I am aware of those kinds of discussions and statements (and even of the fact ..."
cneal Confronting the American Gospel
Browse Our Archives
get the latest updates from
Schaeffer's Ghost
and the Patheos
Entertainment
Channel
POPULAR AT PATHEOS Entertainment
1