Particular grace and common grace find unity in Providence. This is important because it holds the two doctrines as simultaneously united and “independent actions.” (404-405) Too much separation between the two would fragment our views, our selves, and our morals.

And yet, we tend to think of Providence as stuff God does “outside of saving grace”, even when true religion is gone “Providence” is still appealed to, whether in gratitude or in hope. But at this point Providence has been divorced from saving faith–a view even genuine Christians can functionally fall into. We must not do this, however. We may distinguish the life of faith from the world, but we must not separate it. In Scripture, the two hold together–even the practical “providential” books such as Job see the life of faith throughout and within the natural world. The same is true of the life of Jesus in the Gospels.

So, it’s not that we see Providence in nature and salvation in Scripture. We see both in “equal measure and indissoluble inter-connectedness.” (407-408) The Bible is not often preached that way, unfortunately. For example both Psalm 148 and Proverbs 8:12-31 have both salvation and Providence in them. As do Ecclesiastes and Job, and the Sermon on the Mount, and the parables, etc. We see particular grace and common grace woven together throughout the Scriptures, and it’s time we wove them together in our preaching and in our thoughts.

Part of the reason we don’t do this is that Christians are bad at thinking about providence and don’t do it often. Even our proof-texts are usually faulty, falling more to specific provisions of grace than general “Providence.” It’s true that the word “providence” isn’t in Scripture, but the idea is clearly there. Scripture doesn’t detail theological terms for us–it just gives us the truth of the faith. The church (as an organism) develops the theology. This means we must be careful not to bring pagan theology along with the term. Again, this care has always been the job of the church (despite the tendency of Christians to drift towards adapting the cultural ideas of their own times). For example, with “providence” we default to the assumption that God sees the future and then cares for us when the foreseen troubles come. Yet, this assumes events are beyond God’s control, or that God is little more than a competent ship’s captain in a storm.

On the contrary, Providence is “the execution of what has already been decreed.” (417-419) Providence, then, falls under the “decrees of God” and is more about maintenance and governance than foresight. Part of the reason for this is seeing the “counsel of God” as being only about salvation and the “decrees of God” as being only about predestination. Again, this is a lack of reflection more than anything. (418-419)

We thus confine God to the “spiritual” rather than seeing Him in the mundane. We thus in a roundabout way separate God’s particular grace from His common grace, see the two as differing sources of action in differing realms. This, however, leads to “a dangerous dualism.” We must instead begin with an “all-embracing” view of God’s providence. (419) To deny this is to break the “organic connection” of created reality. This is something the modern world knows, and which we must resist. We must not see Providence as a series of disconnected decrees, but rather as an organic whole–just as salvation is into a whole body in Christ. This spiritual unity applies to the physical realm too–the body is critical, as gender, race, health, and geographic differences teaches us. All things are in the transcendent God’s hands: 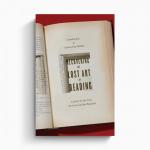 July 16, 2021 A podcast you should be listening to
Recent Comments
0 | Leave a Comment
"I am aware of those kinds of discussions and statements (and even of the fact ..."
cneal Confronting the American Gospel
"No disagreement here!"
cneal Common Grace, 2.7
"No--Christians should be institutional because the church is an institution (it is more than that, ..."
cneal Christian Institutions in the 20th Century
"Good points! I love Will's columns too (he's especially been on fire for the last ..."
cneal George Will’s Mixed Sensibility
Browse Our Archives
get the latest from
Schaeffer's Ghost
Sign up for our newsletter
POPULAR AT PATHEOS Entertainment
1