As we’ve been seeing the past few chapters, we are obligated to use means to combat the effects of the fall on the world. Even something as simple as clothing proves that, since we must wear it to resist the variations of the weather. We are more and more aware of the effects of the curse–those who would limit it to big events and personal applications live inconsistently and cannot defend their views from life or Scripture.

Scripture is clear that general misery is the result of the curse, not just individual suffering and major disasters. Experience teaches this too–both in society and in nature we see this truth on full display.

With regard the question of passive endurance vs. active resistance to the effects of the curse, we find four points relevant:

God teaches that we may clothe ourselves rather than die of exposure to the elements. We can’t even say that Adam and Eve’s clothes were just about shame–both the Hebrew word for that is different [and I have to take Kuyper’s word for that, since I don’t know Hebrew] and they had that taken care of already with leaves when God gave them animal skins.

Even so, let’s grant the “shame” argument. Let’s assume that clothing is just about shame and not a response to the curse. The point remains: means are used to resist the effects of the fall, even if those effects are “shame” based instead of “weather” based.

Another example here is the fact that we work for our bread. Hunger was the curse’s effect–we are told to offset it by means. Spontaneous production (as in Eden) is no longer sufficient.

Yet another example, though on this point there is no explicit command and we are working from observation: “Anyone since Adam who does not apply every means available to protect his life against death is guilty of violating the sixth commandment.” (536-537) Suicide was no option for Adam, who certainly was in the most desperate situation of any human, given that the full weight of God’s wrath against mankind was focused entirely on two people. And yet even passive suicide was not on the table. Which tells us that even work itself as part of the struggle to survive is grace, and offsets the curse. 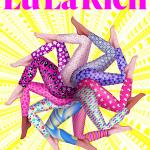 October 1, 2021 Of pants and pyramid schemes
Recent Comments
0 | Leave a Comment
"hmm interesting and informative information, and would like to add interesting information from myself. I ..."
Steve Andrews Violence and Sports in Netflix’s “Malice ..."
"Fair enough--though I do have to wonder at what point someone who believes in ongoing ..."
cneal Common Grace, 2.50
""... we're not deists and don't believe God has created and then left." Not all ..."
Deist1737 Common Grace, 2.50
"I am aware of those kinds of discussions and statements (and even of the fact ..."
cneal Confronting the American Gospel
Browse Our Archives
get the latest updates from
Schaeffer's Ghost
and the Patheos
Entertainment
Channel
POPULAR AT PATHEOS Entertainment
1