We’ve seen Kuyper’s overview of suffering and how it is a constant in human experience on this side of the fall. And as we saw in the last chapter, insurance touches only the financial aspect of our human suffering. This raises the question–was there no ease for financial suffering prior to the development of insurance?

“Yes, but in a very inadequate manner.” (668) That is, giving was the means of alleviating financial suffering prior to the rise of insurance. However, this was usually done sporadically and in a very unorganized way. It was often done so poorly that occasionally it had negative effects on the giver and recipient alike. Insurance means that the recipients “have only God to thank.” (668) This truth has only recently been discovered because of God’s providence and our inattention to it.

At this point, Kuyper connects insurance to the Reformed view and pits it against Pelagianism:

“In the Pelagian perspective that all events are isolated and that everything depends on man’s free will, such a calculation is of course absolutely impossible. Pelagianism excludes any notion of insurance. The Reformed position, on the other hand, confessing that all things are foreordained, provides the basis for such insurance, and we are faced only with the question, How can we come to know how much financial loss has been determined for a given year in God’s counsel, a loss to be debited to humanity as a whole?” (669)

To which I reply with a resounding “meh.” I’m no Pelagian, but I suspect that even they can agree with the idea of insurance. Not all good ideas need to be tied to our own worldview in order to be accepted…

Still, there is a good point here. Because we don’t know God’s counsel, we need insurance. We don’t know who will suffer, so we are all called on to pitch in. In God’s common grace revelation, we see three things:

Because of that third revelation of common grace, we see that there is a measurable amount of financial suffering that until recently had been overlooked by human ability. We know, for example, about how many deaths there are in a year, all else being equal. There are “fixed laws” and statistics that reveal this pattern to us, thus denying free will and exonerating Calvinism as a worldview.

Yet more on insurance coming up!

January 21, 2022 A podcast about a podcast you should be listening to
Recent Comments
0 | Leave a Comment
"These are good Christian books to read and I will surely add them to my ..."
Don Davies 18 Christian Books the Intellectually Curious ..."
"hmm interesting and informative information, and would like to add interesting information from myself. I ..."
Steve Andrews Violence and Sports in Netflix’s “Malice ..."
"Fair enough--though I do have to wonder at what point someone who believes in ongoing ..."
cneal Common Grace, 2.50
""... we're not deists and don't believe God has created and then left." Not all ..."
Deist1737 Common Grace, 2.50
Browse Our Archives
Related posts from Schaeffer's Ghost 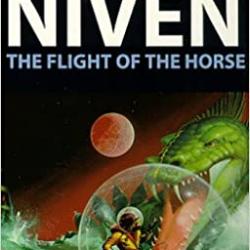