Edgar Rice Burroughs is hands-down one of the masters of pulp fiction that should be on your reading list. His Martian Tales Trilogy is superb (really there are eleven in the series, but the first three are the best), Tarzan is a fun read, and his Pellucidar series is weird enough to be worth reading. One of his obscure works that’s worth your time (but only after you’ve read his major writings) is a little gem called The Lost Continent.

Originally published under the title Beyond Thirty, The Lost Continent is set in the Twenty-Second century. North and South America have been unified into “Pan-America”, and have cut off all contact with the Eastern hemisphere, travelling beyond 30° towards Europe or beyond 175° towards Asia is forbidden and carries the death penalty for any who return. (Hence the original title.) But as the result of a storm and a series of technical glitches, Captain Jefferson Turck has found himself on the wrong side of 30°, ashore in a dinghy in England. Like any good Burroughs hero, he sets out to bravely explore the land, meet the natives, and take a general assessment of his circumstances (and like any good Burroughs hero, he gets knock unconscious from behind fairly often…)

[Spoilers from here on out.] What Turck finds is that Europe has collapsed into barbarism, England has been overrun by lions, tigers, and elephants (no, really), and the unified African nation is slowly marching northward enslaving Europeans and engaging in a slow conquest of the world, only resisted by the civilized peoples of Eastern Asia (who are aware of Pan-America, but respect their decision to be left alone). As always, Burroughs on race is tricky to pin down.

Again, this is an interesting little book. It’s especially interesting to see something of a reflection on original sin. What happens when civilization is removed and war continues unchecked? A more cheerful view of human nature would envision a restored state of primitive purity. People would be free to live according to our inner goodness. Burroughs is having none of that. Cut off from society (to quote a non-Christian), life is nasty, poor, brutish, and short.

But it’s also interesting that we don’t see an attempt at recivilizing take place. Yes, there’s some hint of that coming down the road in the last few pages, but at no point does Turck try to bring civilization back to the lost savages. I don’t know that I have a comment on it, it’s just unusual given what Burroughs does in later books.

Anyway, clearly for an early work this is an interesting one. It’s not the first thing by Burroughs you should read, but it’s a solid little tale that’s worth your time. 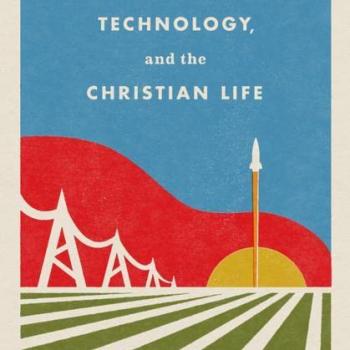