Government, as established by God, is not fundamentally Muslim/pagan/Reformed/secular/etc. It can be those things in tone or structure, but government is not fundamentally any one of those things. Instead, we must remember that the Noahic covenant is for the whole human race. As such, government is for all people “until the end of the world.” (45) Government is grace in its institution–the form isn’t relevant when we’re thinking about this basic level.

“That essence is and remains the following: among humans everywhere and among all nations, there exists a power that commands, that compels obedience and to which subjects owe obedience for conscience’s sake. The latter qualification means that whatever authority that exists–that is, the authority that in fact is supreme, regardless of how it may have come to power–exercises governmental functions not in its own right but by virtue of the link between government and its subjects. This would be unthinkable if God himself had not ordained it and put it in the heart of man.” (46)

This legitimate authority may of course be usurped–by military conquest, for example. But such usurpation is only every temporary, and conscience must eventually re-submit.

At times of course this is historically muddled and mutable–we see that even in Israels’ history. But even these circumstances don’t affect “the character of government per se.” (46-47) Eventually we know which government is legitimate and that it has the right to coerce by force and we have the obligation to obey. This authority comes only from God–even the popular sovereignty proponents understand that there is an external moral imperative tied to the nature of human beings and human society. The difference is whether that order/imperative/nature comes from God through creation or from an independent source.

[And to be fair, I’m not entirely clear on Kuyper’s distinction here.] The point is that the fundamental nature of government remains with its ability to coerce obedience and our obligation as subjects to obey. This applies even when government gets it wrong.

In fact, such being wrong on the part of government should not surprise us when we remember that common grace is for people and societies both shot through with sin. The worst sinners still benefit from God’s common grace, which shows us deep truths about God’s common grace. Even when these common grace gifts are used in rebellion against God, they are still gifts and sinners still benefit from them. We political/Christian conservatives need especially to remember this, since we don’t want to assume that the only legitimate governments are those who share our foundational Biblical principles. Government’s authority is not based on our beliefs.

That said, there is of course variety in the kinds of blessing government brings. [And Kuyper almost goes into one of his unfortunate racial comparisons, but doesn’t quite land there this time–though he comes awfully close.] Because human beings run government, it can be more or less good. We all know this–even the “social democrats” who decry government still want there to be people in charge. Nihilists and anarchists alone deny this, and in doing so show both the contrast with common grace and their defiance to God. 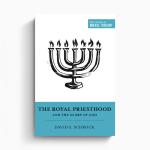 June 3, 2022
What the priesthood means for us
Next Post 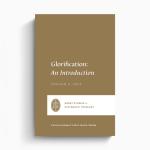 June 10, 2022 Over in gloryland--right here!
Recent Comments
0 | Leave a Comment
"We may be entering into that scenario right now. As things fall apart, note that ..."
Barros Serrano The Lost Book
"A book and movie review blog on the Patheos portal, once upon a time called ..."
cneal Common Grace, 3.5
"What is schaeffer's ghost?"
Herrnhut Common Grace, 3.5
"These are good Christian books to read and I will surely add them to my ..."
Don Davies 18 Christian Books the Intellectually Curious ..."
Browse Our Archives
Related posts from Schaeffer's Ghost