Kuyper makes the interesting assumption that eventually Noah ruled over thousands of his own descendants. There were eventually murders, which Noah then had to punish. So his role as ‘patriarch’ was not about family, but about government. In time, Babel split government apart from the patriarchy and led to conflict, battle, and war–all based on “differences in human perception and human interest.” (69) We also see that government takes on a military garment. Saul, for example, was chosen in part because of his size and, presumably, prowess.

Another transition in government comes with the return of the government to the family in the creation of the dynasty–though obviously strength and size travel in families too! As nations grew and genealogy progressed, military ceased being prime in the government’s leadership, and so government became more and more political and judicial–though that could lead to military coups and back-and-forth between competing factions. This is all tied to the growth in population and resultant lack of cohesion, as well as the rise of the bureaucracy. The rise of a professional government, in turn, led to the growth in the law and its codification. This meant that monarchial fiat no longer ruled the day. (69-72) Once this is the case, heads of state may be removed without destroying the state, and rule of law became the order of the day.

More bureaucrats and laws meant more taxes, and at this point we have a fixed, continuous state–“an enduring institution.” (73) In the modern world, we don’t just “accept” government, we are “aware” of it–and debate its policies and practices. This means further refining is always ongoing. As globalization progresses, comparison with other nations invites further complexity.

Kuyper says that basically everyone agrees with the historical outline he’s included. But two groups further agree with each other–atheists and Christians who deny common grace. Both see government as the result of evolutionary forces in history without order or structure or providence. We, however, must see God’s hand at work in the various levels of development of nations. [And again, Kuyper makes some unfortunate parallels here.] We must also remember that common grace is essential to the purpose of government.

July 1, 2022
Why the shoulder shrug shouldn't win
Next Post 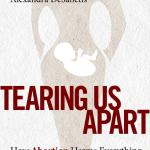