The Amazon series Rings of Power continues to be… adequate. That is, it is well-produced, exceptionally well acted, and involves plenty of high quality makeup and effects. As far as I can tell the script is also decent, though because there are so many plot lines it can be hard to know whether they’ll be satisfactorily wrapped up or not. Thematically, well, we’re still waiting to see how that goes (see earlier reviews for more on that–nothing has changed in this episode).

But I say the show is adequate because if you told me tomorrow that Amazon had cancelled the series and I’d never get to see the rest of what they have made, let alone what they have planned, I’d respond with a shoulder shrug and go about my life. This would not have been my response if someone had turned off Fellowship of the Ring two thirds of the way through and told me something similar (to say nothing of my love of the books). I’m not entirely sure why this is the case, because as I noted above, there’s a lot going for Rings of Power. And frankly that might be the cause: there might be so many potentially interesting plot lines moving at the same time that I’m not overly invested in any of them. I can’t tell you how often they would show a character only for my response to be ‘oh right! I forgot they were even in the show…’ For example, the most recent episode didn’t even have Nori or the Stranger (who again I suggest is Tom Bombadil) and I didn’t realize it until talking it over with the wife afterwards. Multiple simultaneous plot lines is nothing new in television, of course. And there’s a version of that at work in the films (especially Two Towers and Return of the King). Still, I’m not convinced it’s going to work well here in the long run.

So where are we? Well, Galadriel is headed back to Middle Earth from Numenor. Arondir has been released to tell the people of the South to submit to Sauron. Theo has learned that the sword hilt he found is evil. And Elrond has learned about Durin’s mithril mining. (For what it’s worth, the Elrond/Durin friendship gets my vote for the most compelling part of the show so far–not least because the Elrond actor is knocking it out of the park. I’m not entirely sure how he will eventually become Agent Smith, but that’s far in the future, so…) And I think that’s it? The show is clearly moving at its own pace, thank you very much…

Given that we haven’t progressed much in the plot, I thought this might be the right moment to comment on Rings of Power and race. Apparently in the lead-up to the release of the show, there was quite a bit of online hubbub about minority characters as leads in Tolkien’s mostly-white world. I didn’t follow it at the time, but of course the internet never forgets…

For what it’s worth, so far in the show the only thing that has been done with race is that a multi-racial cast fills roles that in Tolkien’s canon would likely have been white (as much as race really even mattered in the canon). There have been a couple of moments in Rings of Power where men make comments about other men (“low men” who served Morgoth and who–in the canon at least–have shorter lifespans vs. “high men” who resisted Morgoth and who live longer lives). We also get a blurb about “Elf Lords” and someone who isn’t one (Elrond). And we’ve seen clearly uninformed opinions from Dwarves about proto-hobbits and from proto-hobbits about everyone else. And… that’s it. That doesn’t mean that’s all  we’ll see. If we’re counting the different… species? I guess? Just what are Elves, Dwarves, Hobbits, and Men relative to each other anyway? If we’re counting those different groups then there are plenty of opportunities for the exploration of racial differences, tensions, friendships, etc. Whether the show will go that route remains to be see.

Until then, it sounds like the online “discussions” were all about nothing and based entirely on announced casting choices rather than substantive plot points. There was much sound and fury over a general concern with Amazon’s wokeness infecting Tolkien combined with canon purists insisting that people in Middle Earth were white. That last objection sounds to me to have the same value (well, “value”) as someone saying that Denzel Washington shouldn’t have played Don Pedro in Much Ado About Nothing because he isn’t Sicilian. In other words, little-to-none.

Again, who knows where the Rings of Power will go? Just as my previous reviews noted that whether Tolkien’s view of the value of tradition  will be respected is still an open question, so too is whether the show will explore questions and problems of race in any depth or detail. Yet again, we just have to wait and see. 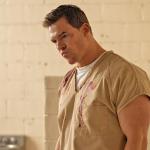 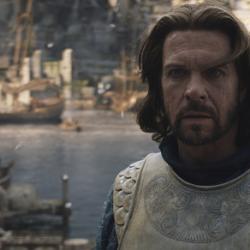 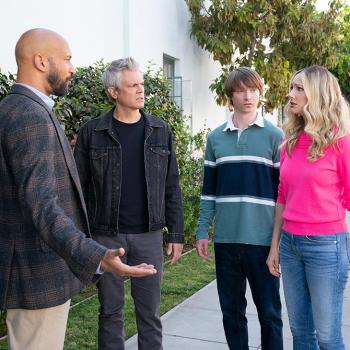 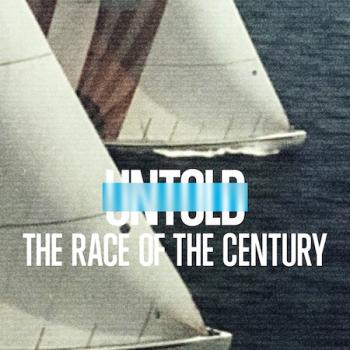