Post on the STAND website by a Scientologist who is tired of the Scientology Jokes that are based on falsehoods and misinterpretation.

There are times I feel like complaining and this is one of those times.

I was looking through Facebook the other day and saw a mention of some comedian and his “hilarious” joke about Scientology. 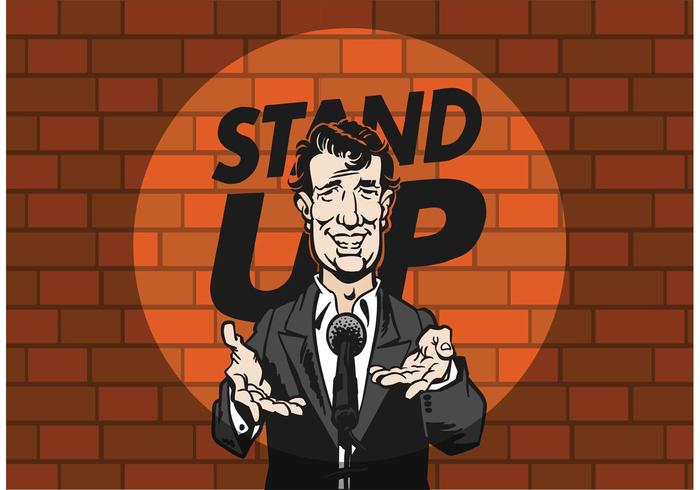 Of course, being the vocal person that I am, I had to pipe up that it wasn’t funny. In fact it was offensive.

And then I was struck by the irony of it all.

I was struck by the fact that on the one hand it’s okay to make fun of my belief system because it makes for a good laugh. It’s a young religion. It has its detractors. It certainly has had its growing pains. Thankfully, our growing pains haven’t involved gladiators and lion pits like the Christians of old, or a cliff-side siege like the Jews of Masada.

Our growing pains have instead taken place in the brightest spotlights of the world’s media.

So everything that happens is spun to make the most salacious, sellable story, the best joke, the funniest stab, the greatest late-night one-liners, casually disregarding the real people these jokes affect, and the real discrimination it causes our real lives.

It’s not funny to listen to a co-worker disparage “those Scientologists” as people he would never associate with because of what they believe. It’s not funny when someone pulls him aside and tells him that the person in the next cubicle is a Scientologist. It’s actually rather horrifying for both of us. He’s embarrassed. I’m embarrassed for him. He’s just made this a hostile work environment for me and could lose his job if I was a vindictive person and wanted to push the issue. I guess, luckily for him, I’m not. I took him to lunch instead. We had a great time. We didn’t talk about Scientology. We talked about work and relationships and made idle conversation. And then we went back to work.

I would bet money that he never repeated that error in judgment. Why? Because I gave his discrimination a face and a name. I was a real person, not just one of “those Scientologists.” And I certainly was not a joke.

I guess dealing with that kind of discrimination is the 21st-century version of the Coliseum. (And I do prefer taking someone to lunch to being lunch.)

But what if Scientology wasn’t new, and had 2,000 years of history behind it? Would it still be a late-night joke? What if that comedian had made fun of the Payot of a Hasidic Jew? Would that still be funny? How about the dhotis of the Hare Krishna—you know, those orange robes they wear? Is that a joke? How about the Khadi that Gandhi wore when he gave up western clothes? What if that guy had been making a dig about Islam? There’s nothing funny about that.

I’m a Scientologist. I’m proud of it. I’ve worked hard to earn the knowledge I have. I use an E-Meter, it’s true. I read books by L. Ron Hubbard. I believe things others might not. It’s okay. That’s what makes me awesome. That someone studies the Torah or the Book of Mormon or the Bible and believes it with conviction is what makes them different and awesome too.

Those differences between us are what give this world her incredible color and variety and texture. It’s what should unite us, not divide us. We should learn from our fellow man’s experience and talk about why we believe what we believe. We should understand at least the basics of other religions. It makes for interesting conversation, intellectual enlightenment, deeper friendships, greater respect.

I have Jewish friends. And Catholic ones. And I know a lot of Mormons, some Muslims, and Buddhists too. I know Agnostics, Atheists, straight-up Christians and a Pentecostal. I have a Greek Orthodox friend—just the one though that I know of. I used to know a Pagan, but we fell out of touch for no other reason than she was far away and I’m not very good with phone calls. I’d like to know some who practice Wicca, Santeria, and Voodoo because why not, right?

I have spent hours upon hours discussing religion with my friends. I find people who have faith to be fascinating. Their conviction in the greater whole gives me hope that humankind can make it. That we will make it.

I only start to worry when some idiot with a microphone takes potshots at religions, crumbling the foundation upon which this culture is built.

I don’t think those comics really understand that when you strike at the heart of someone’s belief—my belief—you strike at the heart of who I am. I am a person. I have feelings. I have a face. A name. I’m that chick at the grocery store that plays peekaboo with your grumpy toddler and makes her laugh. I’m that stranger who stops to make sure you’re okay. I’m that woman who will make sure your kids get home safe if they’re lost. I’m that lady who stops the traffic to rescue the stranded dog in the road. I’m an avid reader and a daydreamer. I still believe in magic, even though I know it’s not real.

June 4, 2017
Oops! I Didn't Know You Were a Scientologist
Next Post