People Should Not Go Hungry—You Can Help 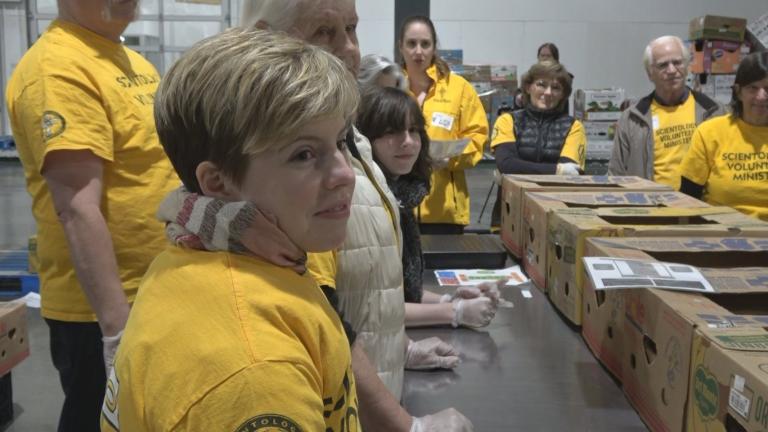 The 22 Volunteer Ministers who took part in this month’s volunteer effort are part of a force of more than 13,000 volunteers who contribute their time repacking and distributing food at Seattle’s Food Lifeline.

According to the Food Lifeline website, while millions of people go hungry, every year nearly 40 percent of the food produced in America ends up in landfills. Food Lifeline salvages millions of pounds of nutritious food from farmers, manufacturers, grocery stores, restaurants, and retailers that would otherwise go to waste and delivers it to some 300 food banks, shelters and meal programs throughout western Washington. The result: the equivalent of 116,000 meals are delivered to children, adults and seniors every day.

What’s more, as Food Lifeline points out on its website, disposing of food in landfills adds to our carbon footprint. Some 80 percent of the food disposed of this way comes from perishables such as meats, fruits, vegetables, milk and bread.

Food Lifeline points out: “In landfills, food waste has no oxygen and as a result, decomposes anaerobically instead of through aerobic decomposition. This anaerobic decomposition process generates methane, a harmful greenhouse gas which has 25 times the impact on climate change compared to carbon dioxide.”

The Volunteer Ministers urge fellow Seattleites to join them in supporting Food Lifeline.

November 28, 2019
Scientology Honored for its Help on the Venezuela Immigrant Crisis
Next Post