After his son ran into discrimination at his school, a STAND member, (Scientologists Taking Action Against Discrimination), helped set the high-schoolers straight on Scientology. And they were glad he did.

I never heard about Scientology when I was in high school. Most likely because news didn’t travel so fast back when I was a teenager. I didn’t have a cell phone or a personal computer with which I could freely jump onto the communication lines of the world and pull information from whatever sources were out there. I was more of an outdoorsy kind of guy and didn’t watch a whole lot of TV, but I definitely listened to the radio.

As you know, it’s different now. The internet is both a blessing and a curse. The amount of data out there is vastly overwhelming, very much including social media content—posts and comments. And anybody anywhere can claim anything. And send it anywhere. And anyone—ANYONE—can choose to adopt that “anything” as fact. I didn’t have this problem when I was in school. Nobody did.

Recently, my son came home from school and told me that in his sociology class Scientology was brought up and a few students made negative comments. The teacher also threw in a jab. My son didn’t know what to do or say. When he told me about it, I got a little angry, but quickly relaxed and emailed his teacher later that day. I told her that my family are Scientologists and can she please explain what happened in that particular class discussion.

I was surprised with her response—she was excited to hear from me and admitted that neither she nor anyone in her class knew anything about Scientology except what’s online or in the media. I was relieved and surprised to find that she wasn’t antagonistic at all. So I replied saying I would love to come in and give the class the straight scoop. She happily took my offer and invited me to come speak about Scientology to her students. Then I found out she had three different classrooms with three different time slots, and each class was 90 minutes! (My high school classes were only 50 minutes and I had trouble hanging in there for that long.)

So I compiled some information, put a Google slideshow together and arrived nervously to my first presentation. The teacher enthusiastically welcomed me and introduced me to the class. I began, and broke down what Scientology is, what makes it a religion, what its basic tenets are, what we do, how we help, and many other elements. Oh, and I showed them that our scripture is millions of written and spoken words—books along with lectures that our founder, L. Ron Hubbard, delivered, of which we have recordings and transcripts. When I showed them a photo of the entire Dianetics and Scientology library there were many gasps. “One man wrote all of this?” was a common question. “Yep,” I replied, “busy guy!” They were impressed.

Then came the questions. Some wild, some wilder. But all based on what they “heard” and not one of them had picked up a Scientology book or walked into a Church of Scientology to get their info. I wasn’t offended and tried to answer each question fully and precisely. As a catch-all, I included a slide with the following: If you’ve heard about Scientology from anyone other than a Scientologist or from its Founder, L. Ron Hubbard, it is likely you have been misinformed.”

I could see some got it. Not everyone.

I then pulled up a slide of the Aims of Scientology. I read it to them. “A civilization without insanity, without criminals and without war, where the able can prosper and honest beings can have rights, and where Man is free to rise to greater heights…” I told them “plain and simple, if you hear or read anything about Scientology and it doesn’t align with this, then you’ll know it is untrue, and you should further research it. Because everything in Scientology aligns with these aims. Period.”

I ended with the Scientology TV short film on personal integrity, based on an essay written by L. Ron Hubbard. “What is true for you is what you have observed yourself. And when you lose that, you have lost everything…”

Though I was already aware, this experience woke me up even more to the fact that there is so much false information out in the world—not just about Scientology, but about everything and anything. There’s also so much truth, but it’s very hard to sift through and find it. And at present anyone anywhere can share any “information” with anyone, true or false. This is the power of communication. And this harks back to what old Uncle Ben told Peter Parker: “With great power comes great responsibility.” It’s a responsibility we all share to forward true data and slam the door on the false. I mean, do we want to improve mankind or bury it in lies? Every human being should take such responsibility and share what they personally know. Alas, we’ve got some work to do on this point.

Anyway, my lecture went well. The kids all gave positive reviews. The teacher liked me. And I am very happy that they now know not only what Scientology actually is, but that they should not blindly trust any information unless they’ve researched it and know it is true for them. And this goes for anything they encounter in their lives. Yes, I was there to give them the scoop on Scientology, but I hoped to also get them to see the difference between true data and false data, and the effects of each on any topic.

I have been regularly lecturing at this school, several times a year, about Scientology. A fresh sea of young, inquisitive faces every year learn and question.

All I do is give them the truth, and hopefully teach them about personal integrity. 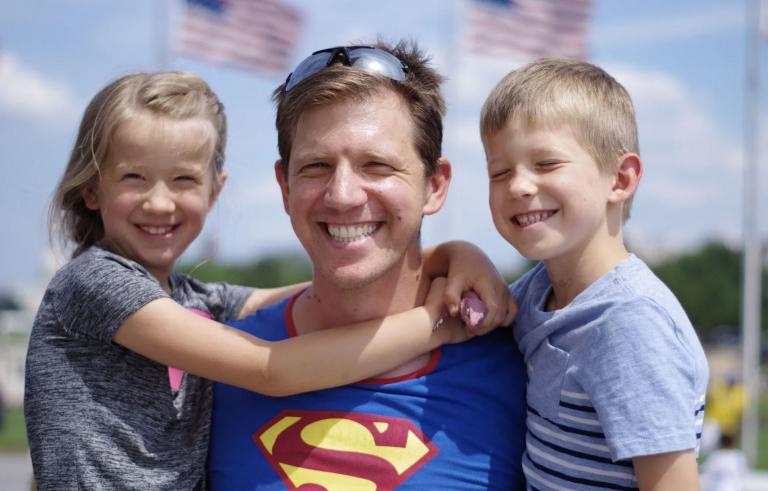 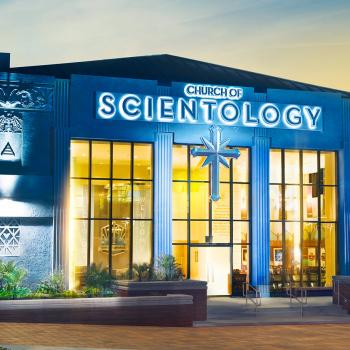 Home
Year of Faith: What is Scientology?
Scientology Beliefs

Home
Scientologist’s Commencement Advice: How to Make This the...
Scientology Beliefs
TRENDING AT PATHEOS Home