An Article by Steve Skojec I Admire

Years ago, when I first became enamored of the traditional Catholic liturgy, a friend of mine who enjoyed going to the Extraordinary Form (but wasn’t committed to it) asked me a pointed question: “If traditional Catholics have this great treasure, as they say they do, shouldn’t it make them the happiest people you know? Shouldn’t their joy over so beautiful a liturgy be overflowing, and thereby draw others in to find out what they have that’s so great?”

Shouldn’t their joy be overflowing? That’s a good question. I could not have said that better myself.

That’s an important point. [Yes it is.] I do believe that those of us who have been drawn to the majesty and solemnity of the ancient liturgy have a pearl of great price that should make us excited to be Catholic, and to share the goodness we’ve found with others. [Is that the point of 1 Vader 5? To share goodness? Or is it to fret about badness?] We should be happy at Mass, friendly to our fellow parishioners, welcoming to those who are new, and understanding to those who don’t yet see why we make so much effort to be a part of something so outside the norm.

What was that again? We should be friendly to others? “Understanding to those who don’t yet see why…” Yes, that’s right. But here’s the best part. Watch this.

Condemnations, judgments, specious arguments, and morose dispositions do no favors for our cause, or its future. [No, they do not.] We’ve got something great going on, and it’s about time we acted like it.

Wow. It sure is about time. Sounds to me very much like a critique of 1 Vader 5. Does it sound that way to you too? If you read 1 Vader 5, do you get a sense of the “something great” Trads got going on?

It’s called “They Will Know We are Traddies By Our Love.” You can read all of it here. Perhaps Mr. Skojec should take a few moments to read it again himself. Especially that last paragraph. That might be a good idea.

(What happened to him? Anyone know?) 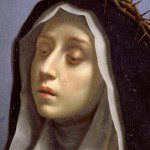 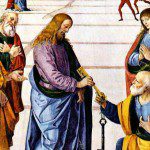 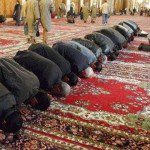 Catholic
The Horrible, "Dangerous" Things the Catechism and Vatican...
To Give a Defense 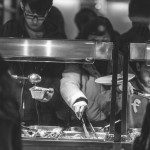 Catholic
Steve Skojec, Cafeteria Catholic
To Give a Defense 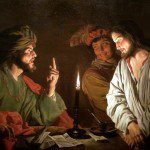 Catholic
Luke 10:16: Whoever Rejects the Pope Rejects God
To Give a Defense
TRENDING AT PATHEOS Catholic