Yes, Virginia, The Catechism is a Magisterial Document

The Magisterium is the teaching authority of the Catholic Church. The word does, after all, come from the Latin magister, which means “teacher.” So when St. John Paul II, in promulgating the Catechism of the Catholic Church, called it a “sure norm for teaching the faith,” he sure seems to be calling it Magisterial by definition. He said that in Fidei Depositum. Fidei Depositum is an apostolic constitution. An apostolic constitution is the highest, most solemn decree a pope can issue. I mean, look, when a pope promulgates a document—say, a Catechism—as a formal act of his papacy, it is an act of the Magisterium. It’s not as though the pope is saying, “You know, here’s a private opinion of mine.”

You may wonder, dear reader, why I make so much of this. Perhaps you will wonder less when I tell you I’ve been on Facebook. There, amidst the fusellade of private opinions masquerading as Magisterial decrees, I read this:

The catechism is not itself a magisterial text nor inspired (see Ratzinger’s doctrinal note on its release when he was head of the CDF). He informs theologians that the catechism is not a magisterial document and does not end debate on the doctrines summarized in it, which stand or fall on the soundness of argument and right interpretation and authority of the magisterial texts upon which its statements are based and should continue to be debated. Proof text theology is never theology.

Well, okay. There’s a lot there to iron. Let’s take a look, first, at a few other items before we move to Ratzinger’s “doctrinal note.” Here’s St. John Paul II again, again in

A catechism should faithfully and systematically present the teaching of Sacred Scripture, the living Tradition of the Church and the authentic Magisterium.

The Catechism contains a “faithful” and “systematic” presentation of “the authentic Magisterium”; call me crazy, it must be Magisterial. The pope goes on:

The Catechism of the Catholic Church, which I approved 25 June last and the publication of which I today order by virtue of my Apostolic Authority, is a statement of the Church’s faith and of Catholic doctrine, attested to or illumined by Sacred Scripture, Apostolic Tradition and the Church’s Magisterium.

St. John Paul II publishes it “by virtue of his apostolic authority”; it is a “statement of … the Church’s Magisterium.” Well golly gee, it must be Magisterial, then.

The USCCB figured that one out, too. The Catechism was “promulgated by the Holy Father as part of his ordinary Magisterium.” It is “part of the Church’s ordinary teaching authority.”

Pope John Paul II placed his apostolic authority behind it. Its doctrinal authority is proper to the papal Magisterium.

It holds, the USCCB goes on, a “priviliged place” among “catechetical documents within the Church’s Magisterium.

All of which is to say: The Catechism is a Magisterial text.

So what does Ratzinger say in his “doctrinal note” that supposedly calls all this into question? Here is the key passage, as quoted by Jimmy Akin:

The individual doctrine which the Catechism presents receive no other weight than that which they already possess. The weight of the Catechism itself lies in the whole. Since it transmits what the Church teaches, whoever rejects it as a whole separates himself beyond question from the faith and teaching of the Church

At this point, we need to be careful. Ratzinger is not denying that the Catechism is Magisterial. What he is saying is that the contents of the Catechism carry no additional Magisterial weight above what they had already possessed. Their inclusion in the Catechism does not invest them with extra weight.

It is a commonplace that different Magisterial teachings carry with them different levels of authority. This does not mean, and never meant, that Catholics are free to disregard stuff that is not to their liking. And it does not mean that something with less Magisterial authority is somehow not Magisterial at all. That’s, frankly, absurd.

But the author of the Facebook comment above gives things away when he says that the contents of the Catechism “stand or fall on the soundness of the argument” (as though the Catechism is mere theology or philosophy) and “should continue to be debated.” This is code language for “there’s stuff in the Catechism I don’t like and wish to have a rationale to reject.” Not so, according to the USCCB (in the text I linked above); and not so, according to the very same Cardinal Ratzinger in a CDF document from 2004. There, ten years after Pope John Paul II promulgated the Catechism, he called it a “proclamation of faith” and said:

[T]he faith is not primarily the matter for intellectual experimentation, it is rather the solid foundation—the hypostasis, as the Letter to the Hebrews (11,1) tells us—on which we can live and die.

If that were not so—if the Catechism were a theological text, something that “stood or fall on the soundness of the argument,” and so forth, then, according to Ratzinger, it would be “entirely a product of our own thought and no different from the philosophy of religion.” But the Catechism, as a “book of the faith,” is more than that. It is not Cogito but Credo. 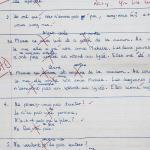 November 26, 2017
The Filial Correction Corrected. Part 7 of a Response to The Correctors.
Next Post

April 5, 2018 One Hundred Percent Tippy-Top Pro-Lifer Identifies as Alt-Right Ethnonationalist
Recent Comments
0 | Leave a Comment
Browse Our Archives
Related posts from To Give a Defense 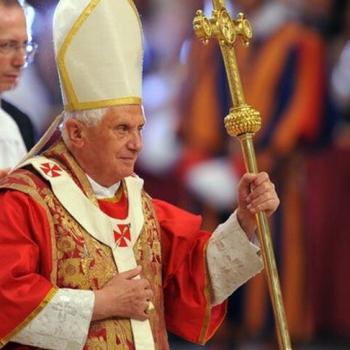