Does Amoris Laetitia Tell Us Not to Judge?

Does Amoris Laetitia Tell Us Not to Judge? April 25, 2016 Scott Eric Alt

The second of five “serious problems” that Dr. Brugger finds in Chapter 8 of Amoris Laetitia is that it is “inconsistent” in its treatment of not judging others. He deals with this “problem” much more succinctly than he does with the first one; so I can be succinct as well.

Dr. Brugger is referring to §298, which I will quote in full. (The part in bold is the part that Dr. Brugger quotes.)

The Synod addressed various situations of weakness or imperfection. Here I would like to reiterate something I sought to make clear to the whole Church, lest we take the wrong path: “There are two ways of thinking which recur throughout the Church’s history: casting off and reinstating. The Church’s way, from the time of the Council of Jerusalem, has always always been the way of Jesus, the way of mercy and reinstatement. The way of the Church is not to condemn anyone for ever; it is to pour out the balm of God’s mercy on all those who ask for it with a sincere heart. For true charity is always unmerited, unconditional and gratuitous.” Consequently, there is a need “to avoid judgements which do not take into account the complexity of various situations” and “to be attentive, by necessity, to how people experience distress because of their condition.”

The context is a discussion of restoration and mercy, and that implies that wrongdoing has taken place. If no wrong has occurred, there is no need for mercy. Mercy, says the pope, must be requested “with a sincere heart,” meaning that one must be truly repentant and desire to have one’s life rightly ordered toward God. The pope says as much elsewhere, and I discuss that in part 1.

It is in this context that the pope tells us “to avoid judgments which do not take into account the complexity of various situations.” The qualification is important: The pope does not say we must not judge at all, only that all the facts need to be known.

But watch the trail that Dr. Brugger goes down with this statement. He begins by describing it as “sound advice” that “should be taken seriously.” If you suspect this is a prelude to a “but,” you are right:

[C]hapter 8 implies that pastors can have adequate certitude that a person lacks subjective culpability and so can free them to participate in the sacraments. [Not so. I go into that at length in Part 1: You can only come to that conclusion if you ignore key parts of Chapter 8.] No. 299 even refers to the divorced and civilly remarried as “living members” of the Church. The common understanding of a “living” member is a baptized person in grace.

I wonder whether Dr. Brugger would wish to identify any “serious problems” with Familiaris Consortio. For in §84 Pope St. John Paul II has this to say:

Pastors must know that, for the sake of truth, they are obliged to exercise careful discernment of situations. There is in fact a difference between those who have sincerely tried to save their first marriage and have been unjustly abandoned, and those who through their own grave fault have destroyed a canonically valid marriage. Finally, there are those who have entered into a second union for the sake of the children’s upbringing, and who are sometimes subjectively certain in conscience that their previous and irreparably destroyed marriage had never been valid.

Together with the Synod, I earnestly call upon pastors and the whole community of the faithful to help the divorced, and with solicitous care to make sure that they do not consider themselves as separated from the Church, for as baptized persons they can, and indeed must, share in her life. They should be encouraged to listen to the word of God, to attend the Sacrifice of the Mass, to persevere in prayer, to contribute to works of charity and to community efforts in favor of justice, to bring up their children in the Christian faith, to cultivate the spirit and practice of penance and thus implore, day by day, God’s grace. Let the Church pray for them, encourage them and show herself a merciful mother, and thus sustain them in faith and hope.

It sounds to me as though Chapter 8 does no more than repeat FC 84: discernment of situations, not all cases are the same, the divorced and remarried are not excommunicated, the Church must show mercy. John Paul II, like Francis, is talking about pastoral care toward wounded, and even erring, members of the Church.

Now, it is certainly true that the word “living” has a theological sense to it, in contrast with the state of being dead in your sins. In that sense, a “living member” is indeed someone who is in a state of grace.

Indeed, whether a person is dead in sin is not what Pope Francis is asking us to discern or judge. It is heresy to think one can know if anyone is or is not in a state of grace. (Remember Joan of Arc? She was asked, in her trial, “Are you in a state of grace?” The question was a trap: If she answered “no,” it would be an admission of guilt. If she answered “yes,” she could be condemned for heresy. Joan’s answer was brilliant: “If I am, I pray God may keep me there. If I am not, I pray God may put me there.”)

Therefore—second point—I do not think Pope Francis had in mind a judgment on someone’s soul. I am content to follow Benedict XVI’s hermeneutic of continuity (a hermeneutic Cardinal Burke applies to AL) and assume that when Pope Francis speaks of such people as “living members” of the Church, he means nothing different than John Paul II meant when he said that they “share in her life.” If you share in the Church’s life, you are in some sense a “living member,” are you not? No judgment is implied about whether or not such and such a person is in a state of grace.

“But how,” Dr. Bruger wonders, “can a priest judge that such people are in grace without judging? Pope Francis insists, and rightly so, that we mustn’t judge.”

No, that’s not what he said. He said we mustn’t judge without all the facts. He did not say we mustn’t judge at all, nor did he say we should judge whether anyone is in a state of grace. Dr. Brugger superimposes a soteriological context onto a discussion of pastoral care.

Dr. Brugger goes on to explain why priests can not render a judgment on a person’s soul, but that was never what Pope Francis had asked us to do in the first place. This is a discussion of pastoral care, not a doctrinal treatise on soteriology. I don’t see any reason to assume a departure in Amoris from what John Paul II had already said. Pope Francis does no more than to tell us the criteria for any judgment—“discernment” is a better word—that is made in a pastoral context. 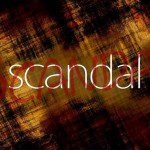 April 25, 2016
Is Amoris Laetitia's Discussion of Culpability a "Serious Problem"?
Next Post 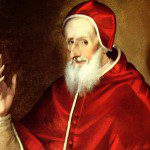 April 27, 2016 Did Pius V Condemn Cajetan on the Baptism of Desire?
Recent Comments
0 | Leave a Comment
Browse Our Archives
get the latest from
Catholic
Sign up for our newsletter
POPULAR AT PATHEOS Catholic
1