Richard A. Spinello, author of this article at Crisis!!!, goes as far as to claim that the pope emeritus’s recent letter was an “implicit rebuke” of Amoris Laetitia. Odd, then, that the Vatican gave the green light to B16. How very careless of Frank, to miss his subtext this way. But Spinello sees all, even though “Benedict is quite discrete, of course, and never mentions Amoris Laetitia.” It all has the tone of wishful thinking on Spinello’s part.

Here’s why I say that. First we must listen to Spinello:

[B16’s] reference to an “absolute good” and to “fundamentally evil” actions stands in sharp contrast to the more pliant moral doctrine proposed in this papal pronouncement.

So I am to believe, am I, that Pope Francis, in Amoris Laetitia, rejects concepts of “absolute good” and “fundamental evil.” Problem is, if you actually read the text—I have, dear reader—you will discover that the pope explicitly affirms these things. Here is §295:

So there are no exceptions to the divine law. But Amoris Laetitia continues. Here is §297:

Naturally, if someone flaunts an objective sin as if it were part of the Christian ideal, or wants to impose something other than what the Church teaches, he or she can in no way presume to teach or preach to others; this is a case of something which separates from the community (cf. Mt 18:17). Such a person needs to listen once more to the Gospel message and its call to conversion.”

So there is such a thing as “objective sin,” according to Pope Francis. And if you try to reject it, you are “separate[d] from the community.”

Well, it sure does not sound as though Pope Francis believes in a “pliant moral doctrine.” Does it? Where there is some pliancy in Amoris Laetitia, it has to do with the reality that grave matter does not always equal mortal sin. This is standard Catholic moral theology. The Catechism lists three conditions for mortal sin, and only one of them is that grave matter be involved. But there must also be “full knowledge” and “deliberate consent.” And Pope Francis recognizes, as did St. John Paul II before him in Familiaris Consortio, that individuals approach full understanding of the moral law gradually.

So there is a great deal of “pliancy” there, but not at all on the fact that the moral law is objective. The pope states clearly that it is, and Spinello does not the truth when he tells you otherwise. 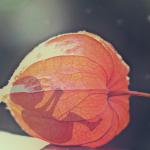 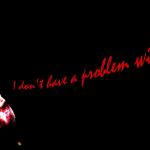 May 19, 2019 God Willed Pope Francis Derangement Syndrome Vol. XXII
Browse Our Archives
Related posts from To Give a Defense