The Incoherence of “Just Clarify Amoris! Answer the Dubia!”

True it is that I have said myself: Pope Francis should answer the dubia on Amoris Laetitia. I have also said, consistently, time and again, on this wery blog, that AL is orthodox, is entirely consistent with Familiaris Consortio, and that anyone who reads it otherwise is in error. I just wish the pope would say that himself, rather than leave it to Schonborn and Müller.

That said, I find most of those who rally, circulate petitions, ventilate in the media, and otherwise make a spectacle of themselves, to be incoherent in their demand that the pope give clarity and answers. On the one hand, they say, “The pope should answer the dubia. He should clarify.” On the other hand, they have already made up their minds that AL is heretical. But if it is, why do they need the pope to answer any questions? The text must be pretty clear if they are that certain.

It makes me question their motive. Are they seeking a clarification, or a conviction? Are these Catholics, or Pharisees? Do they want to take instruction from the pope, or trap him in his words?

This was brought home to me by this article in America. A “dissenters’ conference,” we are told, “call[s] for an answer to the dubia.” But who needs the pope to “answer the dubia,” if one has already made up his mind that AL is heretical?

An Italian professor, Claudio Pierantoni, says that the pope is “defending heretical points.” He compares the Holy Father to Honorius and Liberius—two popes who, Pierantoni is certain, were heretics, even though the Church has never said that about either of them. Pierantoni knows better.

Since Pierantoni has already made up his mind, what could the pope possibly say in answer the dubia? The pope, in his view, “defend[s] heretical points.” These are not the words of someone who still has questions.

According to the article:

The Italian professor was the most outspoken of the six speakers at a day-long conference titled “Seeking clarity to Amoris Laetitia, one year later,” held at the Hotel Columbus in Rome, a stone’s throw from the Vatican. The conference, which challenged Pope Francis’ teaching in Chapter 8 of “Amoris Laetitia,” was organized by two Italian news outlets with distinctly traditionalist leanings: Il Timone, a monthly review, and La Bussola Quotidiano, an online daily, edited by Riccardo Cascioli, a member of the Communion and Liberation movement. Both publications were supportive of the teachings of St. John Paul II and Pope Benedict XVI but have distanced themselves from that of Pope Francis.

So the conference “challenged Pope Francis’ teaching,” and yet it still says that “clarity” is needed and he must answer the dubia? If those at the conference are unclear, what is there to challenge? The pope hasn’t answered the dubia, so how do they know whether they should challenge Chapter 8 or accept chapter 8? They have “distanced themselves from” the pope? Why? Because they have already made up their minds. They judge him guilty first, then say, “well, we just want answers to honest questions.”

I am afraid that is not how it works. It is not dubia, but duplicity. But all this sheds light, too, on Cardinal Burke’s refrain that, without answers to dubia, he will have no choice but to “formally correct” Pope Francis? On what? If Amoris Laetitia is heretical, why do you submit dubia? For a clarification or a conviction? If Amoris Laetitia is not heretical, what are you correcting? If you don’t know, why do you presume guilt?

Perhaps Pope Francis does not answer the dubia, not because he thinks clarity is bad, but because he can discern when a questioner has malicious intent and is seeking, not clarity, but entrapment. The Pharisees had already judged Jesus guilty; they just wanted grounds to convict him. Even an orthodox answer they would interpet as heresy and guilt. Which—you know the story—is exactly what they did.

Nothing new under the sun. 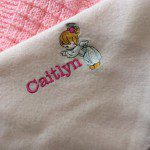 April 18, 2017
A Poem for My Stillborn Daughter, Caitlyn
Next Post 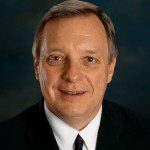