Note: He did not mean it the way it came out, but so long as it seemed that way I was willing to have the following fun with Pastor (Pr.) Ken Temple’s poorly-worded claim that the New Testament contains a “big mistake.” (In fact he does believe, and rightly, in the inerrancy of Scripture.) What follows is what I originally wrote, with an addendum at the end regarding Pr.’s correction of the record.

I seldom bother to read the comboxes of other people’s blogs. My life is worth more to me than that. It is enough to keep up with the blogs I enjoy reading (and those I spy on) without congesting my brain still more with a plethora of pontificators. But a reader directed my attention to Pr. Ken Temple’s musings on this article at Called to Communion; and forgive me, I am only human, but I could not resist. If the name is unfamiliar to you, Pr. writes occasionally for both Mr. Bugay’s Failablogue and Luther’s Interpreter Mr. Swan’s Buggers All. (If you go to Buggers, you’ll find Pr. arguing that St. Augustine was a Calvinist. Thus his mind works.) He even has his own blog, Apologetics and Agape, which at least is useful as an example of alliteration.

Anyway, on Dr. Anders’ post, Pr. replies (in comment 10) to the observation that all early Christians accepted the authority of priests and bishops. It does not take long for him to get all tied up into comical knots.

These are the earliest non-Biblical and man-made traditions, along with baptismal regeneration and later, infant baptism; that were allowed in, unfortunately. [Now pay attention here, dear reader.] A big mistake was the worship and sacrifice language from the OT and priesthood was carried over into the New Testament, but all Christians were priests – 1 Peter 2:4-10; Revelation 1:5-6; 5:10; and it seems Latin especially developed the word “priest” from presbyter, but combined ideas of sacerdotal (other word for one who makes sacrifices) aspects.

And how is it that you can refer to the priesthood as “non-biblical” and “man-made” and then turn right around and concede that it’s in the New Testament? It’s not in the Bible, but golly gee, there it is in the Bible! And believe you me, it was a big mistake too, and I’m just here to correct it, in order to show all you papists that you’ve gone far afield in not recognizing when there are mistakes in Scripture. The Holy Scriptures self-authenticate their own errors, according to the Eastminster Regression of Fates! Is that not clear to you by now? How much longer must I labor under the sun?

Pr., I think, means to say that the priesthood of the New Testament is not a sacrificial priesthood but instead the priesthood of all believers. The language was borrowed from the Old Testament, but the sense is different. Albeit, he does not explain why this is not just a false dichotomy. Catholic doctrine affirms both the priesthood of presbyters and the priesthood of believers. Pr. does not need to come along in 2014 and say, You know, you really made a mistake there, Mr. Third Person of the Trinity, and it’s just fortunate for you that I’m here to set things aright in David Anders’ combox.

Now, at this point the normal, everyday, garden-variety fool would grow embarrassed and slink away, hoping that no one else took notice. But not Pr. Among fools, he has all of the folly and none of the wisdom. He typed on, adding yet one more paragraph to his madness.

Apostolic succession could be right, when the successors stick to the Scriptures and the “rule of faith” which was an outline of correct doctrine, that functioned as doctrinal points in evengelism for baptismal candidates. … But it was no guarantee of infallibility. The elders/overseers/pastors still had to cling to the Scriptures, which gave all the doctrines necessary for “the faith that was once for all delivered to the saints.”

This is more than commonly muddled. Either apostolic succession is true or it is not. It is not maybe right, if. That’s the kind of thing you say when you’ve had too much grape juice after communion. Does Pr. mean to say that God “could” have set up a system of apostolic succession, but later yanked it back when priests went mad? Where’s the proof of that? And what does it mean to say that succession could be true if the apostles stick to Scripture alone, but that Scripture alone is no guarantee of infallibility? I guess it’s not—not if Pr. says that the New Testament contains “big mistakes.” (And no, these are not just tiny mistakes; they are big, glaring, cause-your-local-Calvinist-fits-on-blogs kind of mistakes too!)

When he hath done, he hath not done: Pr. says that the Church Fathers are all well and good when they just stick to Scripture alone (big mistakes and all); but, when they veer off into man-made traditions, they go awry. Thus when Irenaeus, Tertullian, and others speak of Mary as the New Eve, it is “not within the context of the rule of faith” (i.e., the Bible); therefore, we know it is wrong.

Of course, for Pr. to make that kind of argument, he has to start with the a priori assumption that sola scriptura is a true doctrine. He begs the question: He assumes what is to be proven.

(1) The apostles have teaching authority, but only because Scripture is the only authority.

(2) The sacerdotal priesthood is false because it is not biblical. Even though it’s right there in the New Testament, it’s still not biblical, because it was a carryover from the Old Testament, and the Holy Spirit made a big mistake.

These are not the kind of arguments that suggest that Calvinists have sense or reason to offer.

Postscript: Pr. Temple was kind enough to offer some corrections to my post.

It was my own dumb error to claim that Pr. writes for Failablogue. I must have been confusing him with Steve “Purple” Haze, and I sincerely apologize to Mr. Haze and Mr. Bugay for any distress this unfortunate association must have caused them.

On a more serious note (since Calvinists seem predestined to lack of humor), Pr. Temple points out that he chose his words poorly at Called to Communion and did not mean to suggest that the New Testament contains mistakes. Knowing that Reformed Christians hold to a very high doctrine of biblical inerrancy, I take him at his word.

But Pr.’s clarification that the “big mistake” belonged to the Church Fathers raises important questions of its own. Is it not true that the Fathers are an important source of information for how the earliest Christians understood the intention of Christ for His Church? Being the earliest sources we have—the closest to the apostles—it is not as easy as one thinks to dismiss what they have to say as just a “big mistake.” The burden is on Pr. to point us to a single Church Father who does not understand the priesthood sacerdotally. It is also on him to show how the Catholic priesthood is inconsistent with the New Testament, not merely that it conflicts with his own interpretation of it.

As just one example, in John 20:21, ff., Christ gives to the apostles the power to forgive sins. This is a sacramental authority, in contrast to the different priesthood which belongs to the laity. 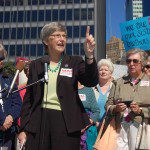 May 21, 2014
After LCWR Rebuke, Liberals All Out of Hope About Pope? Pope Francis Derangement Syndrome Vol. VI
Next Post 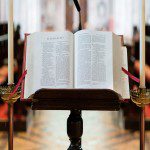 June 17, 2014 Three Books By Priests from OSV
Browse Our Archives
Related posts from To Give a Defense 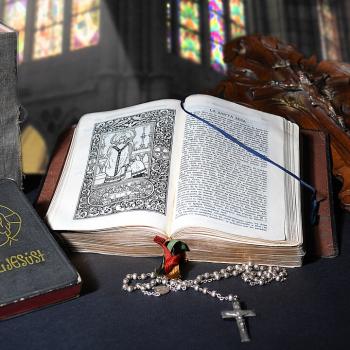 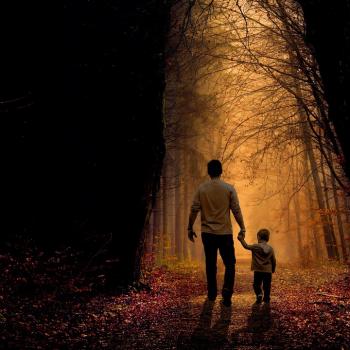 Catholic
The Bible Says Call No Man Father! Answers...
To Give a Defense 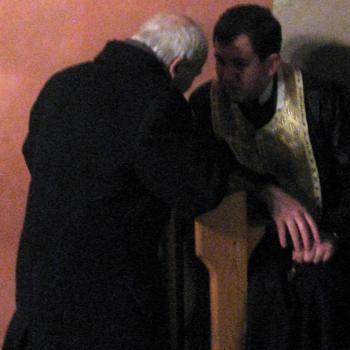 Catholic
Priests Can't Forgive Sins! Only God! Answers to...
To Give a Defense 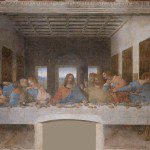 Catholic
Yes, Christ Ordained His Apostles as Priests
To Give a Defense
TRENDING AT PATHEOS Catholic