First we’re going to talk about language.  It behooves any who be honest to get the expression “marriage equality” out of his head.  No one believes in any such thing. I doubt very much that Mary Elizabeth Williams of Salon (whose latest screed against the Catholic Church can be found here) believes in it.  I would be stupefied into a coma if she told me she thought it was all good and well if I were to marry two women; or two men; or one woman and one man; or my cat; or a three-year-old child; or six cows; or the exhumed body of King Tut.  The reason she does not believe I may do these things is because she does not believe in marriage equality.  To find out what she does believe in, we need to read her latest piece of piffle with a careful eye. Here is what she says:

[S]top pretending that marriage isn’t a man-made institution, one that we humans have defined in different ways throughout the course of history. Stop forgetting that if you’re looking for “traditional” marriages, the Bible itself is chock-full of them—defined by incest, rape[,] and bigamy.

i.
the crock alarm sounds off.

I will address some of this later, but the thing to note here is that Ms. Williams does not say that marriage has no definition and that anything at all may be given legal sanction. What she does say is that it can be defined differently from generation to generation. Now, to define something is to limit it.  So what Ms. Williams really believes in is not marriage “equality,” but marriage plasticity—which is just another way of saying the destruction of marriage.

The words “marriage equality” are no different than any other euphemism:  They are meant to shut down critical thought.  We are just to dash blindly over the cliff along with the rest of the herd. “Equality” is a word that makes us feel all good and tolerant; who can be against it?  But once we are reminded that we are not really talking about “equality” here, it is less easy to be deceived.  That is why honesty and exactitude in language matter.

Ms. Williams, unfortunately, does not have much of a history of honesty.  Anyone who can write an article with so absurd a title as “The Vatican Hates Gays” is not the kind of person you would expect to have a meaningful relationship with the truth.  So when she makes statements of outrageous historical ignorance—such as that human beings have defined marriage differently through the ages—the Crock Alarm should be sounding loudly.

ii.
stop! in the name of open-minded liberal tolerance.

So with that as our backdrop, let us look at Ms. Williams’ absurd new piece of piffle.  She begins by referring us to this letter from the USCCB, which is to be distributed in parish bulletins during May and June.  She describes it—in a loose, sloppy, colloquial way—as a “corker.” It is, she says, the work of “nearly 500” “frustrat[ed],” “unwed,” and “celibate” men.  (How any of that is to the purpose, she does not say.)  She quotes a few passages having to do with “prayer, penance, and sacrifice”; with “religious liberty” and “a culture of life”; and with the definition of marriage as “a permanent and exclusive union of one man and one woman.”  But hearing Catholic bishops say Catholic things is just too much for Ms. Williams’ open-minded, liberal tolerance to bear, and she lets loose with a lecture repeatedly punctuated by the pained words “Stop!” and “Don’t!”

[S]top pretending that marriage isn’t a man-made institution, [It’s not. From the beginning he made them male and female.] one that we humans haven’t defined in different ways throughout the course of history.

[Biblical marriages are] full of incest, rape[,] and bigamy.

[Tell me, please, how it is that, if the Bible says x did y, God must therefore be good with it.]

Stop conveniently ignoring that the church says that matrimony is for the procreation of children but doesn’t restrict the elderly or infirm from enjoying the benefits of religiously sanctioned unions.

Ms. Williams must really think she has the Church backed into a corner here.  Oh, the hypocrisy of it all!  But no. If the truth be told (as it must and shall), she misstates Church teaching. What the Church says is that married couples must always be open to life, but that if conception is impossible, for reasons out of one’s control, the marriage is not somehow invalid.  Ms. Williams really should read the Catechism on this point—that is, if she wants to know the least scrap of what she is talking about. (The relevant passages are here).  Marriage in the Catholic Church is a sacrament, not a vehicle for legal benefit or social recognition. (Though that’s all Ms. Williams seems to think it’s good for).

And don’t repeat the flat-out vicious untruth [Ooh!] that [redefining marriage makes mothers and fathers dispensible]. … Because I have to tell you [Uh oh! watch out! her ire has been raised!] I’m a mother. And every time two dudes get married, I still keep my job.

Yes. But if two men or two women “marry” and think that they are going to have a “family,” that is only possible if they deny some child a mom and a dad. Two men together, or two women together, cannot produce life.  Human beings were not designed that way, I am here to inform Ms. Williams.  Children thrive when they are raised by a mother and a father who are their own, and it does violence to children to deny them that.

iii.
it’s time you learned about the facts of life.

Ms. Williams asks, “Did my heterosexual dad eradicate fatherhood when he left my mother before I was born?” Well, maybe not of itself; no one says that. But he certainly denied you a father. Sorry. Motherhood and fatherhood are more than having been there when conception happened. And if you think that such a statement reveals “a stunning amount of ignorance about gay and lesbian families, their offspring, and their rights.  Stunning,” the only thing you’ve proven is that you have a remarkable ability for imagining that the use of italics proves a point.  Or maybe you just think the italics are really scary and intimidating.  But no.

And by the way.  It seems I must be the one to state the obvious to Ms. Williams, but gay and lesbian couples don’t have offspring.  When two men have sex, or when two women have sex, it is not possible for a new human life to spring off. I think Ms. Williams has just shown her stunning amount of ignorance about the birds and the bees.  Stunning.  Or maybe this is just a manipulative and dishonest use of language again.

Ms. Williams ends her article by opining, in a grandiose and morally superior fashion, that “how and when we create our families is a deeply personal decision.”

Marriage is about embracing someone who is different, not same.  It has to do with complementarity, not narcissism.

Homosexuality in general, and same-sex marriage in particular, are nothing if not attempts to create yourself, rather than to be who you were made to be.  It is rebellion against one’s own self, in one of the deepest and most personal aspects of that selfhood:  one’s own body.

And herein we come full circle.  For I began this piece by pointing out that the expression “marriage equality” is a dishonest use of language.  Homosexuality, by analogy, is best understood as a dishonest use of self.  It is using your body to lie.

That might be “stunning” for the sassy Ms. Williams to hear, but I’m sorry. The Church says what it says.  To be shocked that Catholic bishops would actually say and believe Catholic things is lunacy unbound. 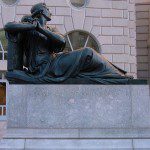 May 1, 2013
Of Course You Have Religious Freedom. Except When the State Says You Don't: Deconstructing the Absolute Statism of Combox Junkie Doug Indeap, If That Is His Name.
Next Post 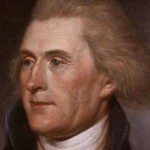 May 12, 2013 A Primer on Rights, With Reference to Same-Sex "Marriage"
Browse Our Archives
Related posts from To Give a Defense 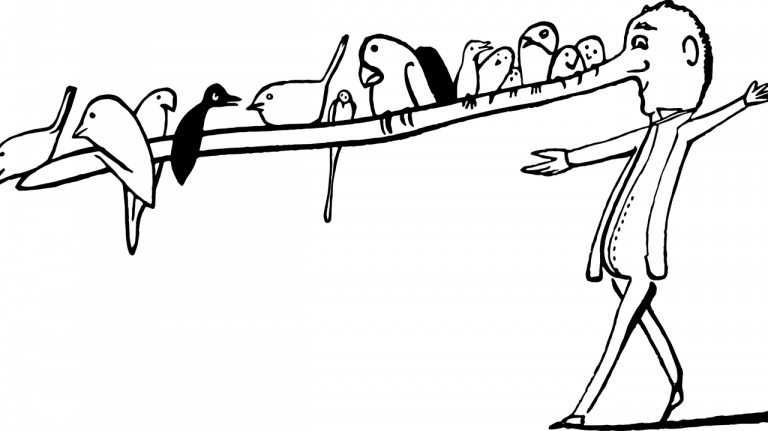 Catholic
Pope Francis Contradicts B16 and JP2 on Abortion?...
To Give a Defense 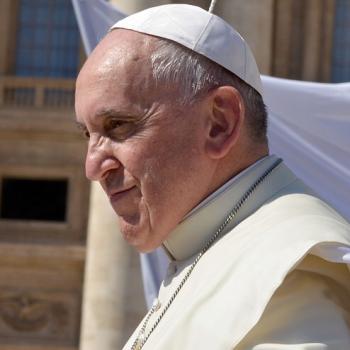