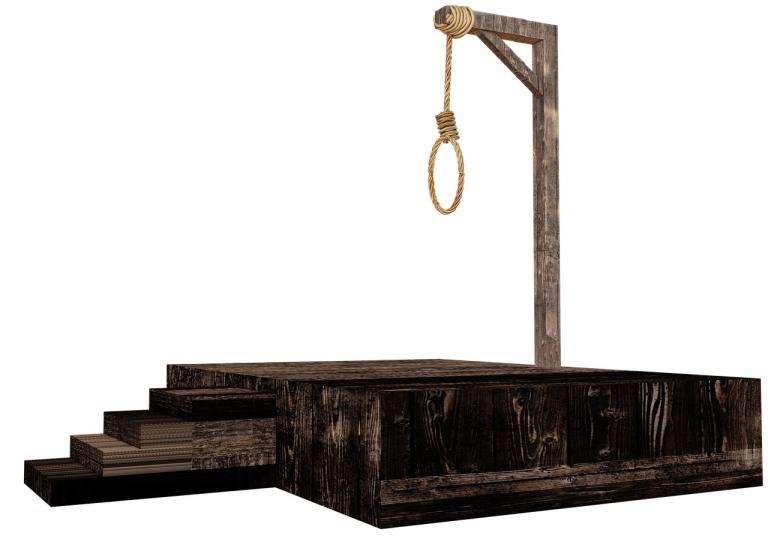 Dr. Joseph Shaw, chairman of the Latin Mass Society, in a wild blog post, declares a death sentence on Ultramontanism. You can find it here; it’s all very extravagant. As exhibits for this odd verdict of his, Dr. Shaw cites what he thinks are conflicting statements on capital punishment—one by Pius XII and the other by Pope Francis. (Ah! The Protestant gotcha schtick. Catholic trad types can play that game too.) You can find Pius XII’s words here and the current pope’s here. Here is Pius XII:

Even when it is a question of the execution of a condemned man, the State does not dispose of the individual’s right to life. In this case it is reserved to the public power to deprive the condemned person of the enjoyment of life in expiation of his crime when, by his crime, he has already disposed himself of his right to live.

These words, Dr. Shaw tells us, are at odds with Pope Francis’s recent remarks that capital punishment is “in itself contrary to the Gospel.” It “suppresses a human life,” the pope says, “which is always sacred in the eyes of the Creator.” Dr. Shaw says the contradiction is “as plain as the nose on your face”; and he dismisses any talk of the development of doctrine as “simply insane.” (Anon we shall see how “insane” it really is.) Shaw writes:

He’s playing gotcha. But let’s back up.

Originally, the term Ultramontanism referred to the authority of the pope over state politics hither and yon. No more does anyone use the term in quite so quaint a way as that. These days, they use it as a cudgel against the pope’s defenders, and have in mind a person who thinks everything the pope says is infallible. Dr. Shaw defines it that way in his wery post itself. Odd it is, then, that I should frequently be called an “Ultramontanist.” I have never taken the position that everything a pope says is infallible. (And has anyone? Or is this misuse of the word a straw man? Or is it the trad verson of “papist”? These are the questions.)

“The pope is infallible only in very, very limited cases,” people will tell me. You’d think I did not know this. You’d think, in fact, I had just asserted the contrary, when I asserted no such matter. It’s a straw man.

What I have said, however, is this: It does not matter whether a pope, in exercising his Magisterium, is speaking infallibly or not. The Church takes care to distinguish between differing levels of epistemological certainty; that much is true. Albeit that’s of interest to scholars. And it’s also of interest to theologians and apologists. But the Church does not do this in order to inform Catholics of which statements they might dismiss. By no means.

Did you know, in fact, that this idea—that a Catholic is bound only by what is infallible—is a condemned heresy? It is. And do you know who condemned it? Pius IX did, in the Syllabus of Errors. Those pre-Vatican II documents are just fascinating, aren’t they? The Syllabus is a list of condemned propositions. Here is one of them:

“I’m only bound by what’s infallible” is a Modernist heresy, according to Pius IX. Someone must have been making this claim back in 1864 if Pius IX took the time to condemn it. Don’t you think? Old heresies don’t die, they just become Trad orthodoxies.

Pius IX also condemned the notion that Church councils have “erred in defining matters of faith and morals.” He did indeed. And on that point, two things matter to this discussion.

The first is that Lumen Gentium 25, speaking with the authority of a Church council, says that “religious submission of mind and will must be shown in a special way to the authentic magisterium of the Roman Pontiff, even when he is not speaking ex cathedra.” (Canon 752 says the same thing. It does not matter whether the pope is speaking infallibly or not.)

”But Alt!” you will say. “The pope was not even speaking Magisterially.” Perhaps not. Maybe he wasn’t. So we could dispute that. But the second point to note here is what the Catechism of the Catholic Church teaches regarding capital punishment:

Today, in fact, as a consequence of the possibilities which the state has for effectively preventing crime, by rendering one who has committed an offense incapable of doing harm—without definitely taking away from him the possibility of redeeming himself—the cases in which the execution of the offender is an absolute necessity “are very rare, if not practically nonexistent.”

In saying this, the Catechism is quoting Evangelium Vitae 56. And both of them are Magisterial. Of course, you know, over at the Register, Edward Pentin worries that Pope Francis is ignoring the teaching of John Paul II. He does not say this about Dr. Shaw of the Latin Mass Society, but about Pope Francis of the Chair of Peter. That’s odd. But I digress.

Pope Francis and Pope Pius XII are not so much giving different teachings as speaking at different times. Pius XII was speaking before it chanced that the “absolute necessity” of capital punishment was “very rare,” or “practically non-existent.” One would have to do a great deal of work to show that Pius XII thought capital punishment perfectly fine even when it was not “an absolute necessity,” even when “bloodless means” were available. Does Dr. Shaw do any such work? No. He does not. He just slaps down gotcha quotes and, like a wild man, declares “Case closed! Death sentence on Ultramontanism!” But may we assume that it was “an absolute necessity” more frequently in 1952 than it is today? I think we may.

The Compendium of the Social Doctrine of the Church—and yes, the word is “doc­trine”—says:

The growing aversion of public opinion towards the death penalty and the various provisions aimed at abolishing it or suspending its application constitute visible manifesta­tions of a heightened moral awareness. (405)

The Compendium too is Magisterial. So I don’t really need Pope Francis to be speaking infallibly, under the very careful and limited definition of that term. He need only speak authoritatively; and on the question of capital punishment, the Catechism, Evangelium Vitae, and the Compendium of the Social Doctrine of the Church are pretty authoritative. The pope tells us what all these do. And Lumen Gentium and Canon Law and the Syllabus of Errors are also authoritative, on the subject of what binds Catholics.

Back in 2002, the National Catholic Register—-even they—-published an editorial titled “Seven Reasons America Shouldn’t Execute.” Its readers might be shocked today. It was a review of the teaching of Pope St. John Paul II on the question. While conceding that the notion of retributive justice is part of Catholic thought, the editors noted that, in emphasizing restorative justice, the pope was not “contradicting the tradition.” He was noting, as a point of development, that “bloodless means” of protecting society “are always to be preferred.” Was the Register being “simply insane,” to use the words of Dr. Shaw? I only ask questions.

Many liberal Catholics advanced this tired argument to support their sit-in schism over Humanae Vitae. [Yes, and they still do.] Canon Law and the Catechism adopt the teaching of the Second Vatican Council’s document Lumen Gentium that “loyal submission of will and intellect must be given … to the authentic teaching authority of the Roman Pontiff, even when he does not speak ex cathedra.” Cafeteria Catholicism is wrong, whether the pick-and-choose customers are liberal or conservative, judges or peasants.

That is exactly right. And I have said it myself, many times, on this wery blog. Not everyone has been pleased by that. I mean, the idea that conservatives can be cafeteria Catholics! What heresy is this, and what smoke of Satan? But even if we disagree with a teaching, said the Register in 2002, “we are obliged to give it loyal submission of will and intellect.'”

“John Paul [II],” says the Register, “asserts the primacy of the person over the claim of the state to be the arbiter of the ending as well as of the beginning of life.”

And so does Pope Francis. 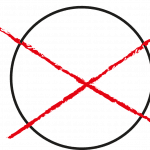 October 8, 2017
The Filial Correction Corrected. Part 6 of a Response to The Correctors.
Next Post 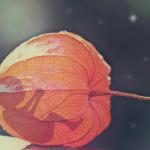 October 25, 2017 An Answer to Patrick Tomlinson, Who Asks a Question That Supposedly Confounds Pro-Lifers
Recent Comments
0 | Leave a Comment
Browse Our Archives
Related posts from To Give a Defense