Samuel Johnson (1709-1784), the literary giant behind Rasselas and the first truly great English dictionary, had a cat. He actually had several cats over the course of his life, actually, but the only one we have information about is a black cat named Hodge. Johnson’s biographer, Boswell, hated cats, but grudgingly reported on Johnson’s fondness for Hodge.

I learned about Hodge serendipitously last week when my family was in London. We were making our way down the famous Fleet Street, oohing and aahing over the general Londonishness of it all, when we passed a sign that pointed down an alley, with the words “Dr. Johnson’s House.” We followed the sign, which led to about five more signs down five more alleys. Just as the situation was becoming ludicrous, we came upon a small courtyard with, yes, Dr. Johnson’s House. It seems like a nice place to visit, and though it was closed when we happened on it, during normal hours you can look around inside and even have tea. It was fun to run into a historical monument to one of the authors we read in the Great Books program at Torrey Honors Institute, even though we couldn’t go in and bask in the literary glow.

At the other end of the same street, though, is a statue. Not a statue of Dr. Johnson (we did see the great Johnson statue at St. Clement Danes Church, Strand, a little later in the day), but of his cat, Hodge. It’s a nice little statue dating only from 1997, featuring a pert cat sitting atop a huge dictionary, with an open oyster shell in front of him. The stone inscription has his name, and the plaque beneath has a little information about him.

Here is what Boswell records about Hodge the cat:

I never shall forget the indulgence with which he treated Hodge, his cat: for whom he himself used to go out and buy oysters, lest the servants having that trouble should take a dislike to the poor creature. I am, unluckily, one of those who have an antipathy to a cat, so that I am uneasy when in the room with one; and I own, I frequently suffered a good deal from the presence of this same Hodge. I recollect him one day scrambling up Dr. Johnson’s breast, apparently with much satisfaction, while my friend smiling and half-whistling, rubbed down his back, and pulled him by the tail; and when I observed he was a fine cat, saying, ‘Why yes, Sir, but I have had cats whom I liked better than this;’ and then as if perceiving Hodge to be out of countenance, adding, ‘but he is a very fine cat, a very fine cat indeed.’

“This reminds me of the ludicrous account which he gave Mr. Langton, of the despicable state of a young Gentleman of good family. ‘Sir, when I heard of him last, he was running about town shooting cats.’ And then in a sort of kindly reverie, he bethought himself of his own favourite cat, and said, ‘But Hodge shan’t be shot; no, no, Hodge shall not be shot.'” (Life of Johnson, Chapter 41)

Indeed, Hodge shall have his oysters and Hodge shall not be shot, because Johnson loves him.

This last paragraph with its snippet of pet talk, “Hodge shall not be shot,” is part of the epigraph to Nabokov’s weird novel Pale Fire, though it’s hard to tell if the quotation was in earnest or a joke, or if a joke, what sort of joke.

Speaking of the literary afterlife of Hodge, he was immediately commemorated in a poem by Johnson’s neighbor Percival Stockdale. In his memoirs, Stockdale recalls, “I have frequently seen the ruggednesss of Dr. Johnson softened to smiles, and caresses; by the inarticulate, yet pathetic expressions of his favourite Hodge; whose epitaph I had the honour to write, and publish in my miscellanies in the year 1778.” (Memoirs of Stockdale, Vol. 1, p. 79).

If we are to believe Johnson, Hodge was not his “favourite,” at least not his all-time favorite, unless he was teasing when he said “I have had cats that I liked better than this.” At any rate, here is Stockdale’s poem:

Let not the honest muse disdain
For Hodge to wake the plaintive strain.

Shall poets prostitute their lays

In offering venal Statesmen praise;
By them shall flowers Parnassian bloom
Around the tyrant’s gaudy tomb;

And shall not Hodge’s memory claim
Of innocence the candid fame;
Shall not his worth a poem fill,
Who never thought, nor uttered ill;

Who by his manner when caressed
Warmly his gratitude expressed;
And never failed his thanks to purr
Whene’er he stroaked his sable furr?

The general conduct if we trace
Of our articulating race,
Hodge’s example we shall find
A keen reproof of human kind.

He lived in town, yet ne’er got drunk,
Nor spent one farthing on a punk;
He never filched a single groat,
Nor bilked a taylor of a coat;

His garb when first he drew his breath
His dress through life, his shroud in death.
Of human speech to have the power,
To move on two legs, not on four;

To view with unobstructed eye
The verdant field, the azure sky
Favoured by luxury to wear
The velvet gown, the golden glare –

–If honour from these gifts we claim,
Chartres had too severe a fame.

But wouldst thou, son of Adam, learn
Praise from thy noblest powers to earn;
Dost thou, with generous pride aspire
Thy nature’s glory to acquire?

Then in thy life exert the man,

With moral deed adorn the span;
Let virtue in they bosom lodge;
Or wish thou hadst been born a Hodge.

Howard Weinbrot notes “Stockdale’s mock elegy is as good as Gray’s ‘Ode on the Death of a Favourite Cat, Drowned in a Tub of Gold Fishes’ (1748). Whether this elevates Stockdale as a poet or denigrates the genre may be debated by wiser heads than mine.” I’ve certainly seen better dead cat poems.

But he was apparently a very fine cat, indeed. 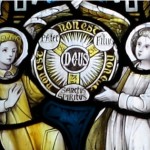 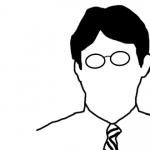 July 1, 2012 Summertime in England: It Ain't Why (It Just Is)
Recent Comments
0 | Leave a Comment
Browse Our Archives
get the latest from
Evangelical
Sign up for our newsletter
POPULAR AT PATHEOS Evangelical
1

Four Tips for Reading the Book...
Crux Sola: Formed by Scripture to Live like Christ
Related posts from The Scriptorium 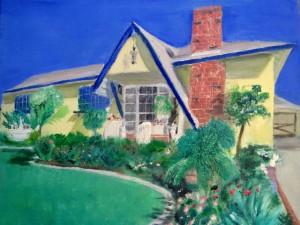 Evangelical
Ashes and Life
The Scriptorium 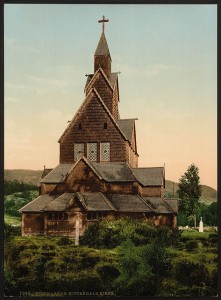 Evangelical
On Being the Local Church: A Musing
The Scriptorium 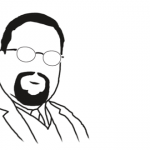 Evangelical
Change: Looking Back and Looking Forward
The Scriptorium
TRENDING AT PATHEOS Evangelical