I was asked recently about the relationship between A. T. Pierson (1837 -1911) and the early years of the Bible Institute of Los Angeles. I am not aware of any direct connection –Pierson never worked at BIOLA, for example. But Pierson and Biola’s founders were the same kind of people, devoted to the same things, and active in the same extended networks. As I picked away at the question, I found a number of minor points of contact.

Pierson died in June 1911, which means his timeline ended just as Biola’s was starting. The Bible Institute of Los Angeles was officially founded in 1908; its journal the King’s Business began publication in 1910, R.A. Torrey joined the team as academic dean in 1912, and the school moved into its impressive downtown building in 1913. The Fundamentals publishing project (funded by Lyman Stewart and finally edited by Torrey) ran from 1910 to 1915. Given this tiny period of overlap, it’s remarkable that Pierson connected with Biola at all: he represents an earlier generation (though he was only a few years older than Stewart, Stewart lived on into the early 1920s). Yet his name was constantly on their lips and in their publications.

Probably the most important Pierson link with Biola is his close personal friendship with T.C. Horton, a friendship which goes back into the pre-Biola days, and starts on the other side of the country. Pierson had been the head pastor at Bethany Church in Philadelphia, with T.C. Horton as his assistant pastor and partner in organizing for urban evangelism. According to Dana Robert’s biography of Pierson/>, when Pierson hired Horton in 1885, Horton was “a young businessman from Indianapolis… Pierson had led Horton into Christian service during his brief ministry at Second Presbyterian Church. Horton agreed to supervise the Evangelist Band, and he was hired and ordained at Bethany Church.”

In 1911, Pierson returned from a trip to Korea gravely ill, and was forced to spend several weeks convalescing in Los Angeles before attempting to return to Brooklyn. He spent this time in the home of T.C. and Anna Horton, celebrating his 74th birthday with his old friends that March. He finally managed to make the journey east, but died in June of that year (Robert p. 297).

The Biola-related project The Fundamentals (1910-1915) had 90 chapters, and A.T. Pierson was the single most prolific contributor, with five articles in the series:

Vol 1: Proof of the Living God

Vol 6: Testimony of Foreign Missions to the Superintending providence of God

Vol 7: Testimony of the Organic Unity of the Bible to its Inspiration

Vol 10: Our Lord’s Teaching about Money

Again, considering Pierson’s 1911 death, it is striking that he should dominate the series in this way. The Pierson articles chosen by the editors (first A.C. Dixon, then Louis Meyer, finally R.A. Torrey) seem to emphasize the practical, activist side of Pierson’s ministry:  prayer, providence, missions, the stewardship of money, and the doctrine of Scripture. These were topics Pierson was especially well known for in his dozens of books. Apparently the editors of The Fundamentals looked to the literary legacy of Pierson as a benchmark of the classical evangelicalism they endorsed.

Finally, Pierson’s work appeared often in the early years of Biola’s magazine The King’s Business (1910-1970). The first Pierson article, “Essential Elements in the Layman’s Message,” shows a crucial commitment that he shared with Biola’s founders, a desire to mobilize all Christians for ministry:

the distinction between ‘clergy and laity’ is an invention of the devil. There is no foundation for it in the New Testament, and the erection of an artificial and arbitrary barrier between disciples in the matter of testimony to the gospel and personal work for souls, was one of the most magnificent triumphs of Satanic subtlety and strategy known in history…. to lead the church back to the place where every disciple went forth to witness for Christ because he was a disciple.

Pierson’s other King’s Business articles include 1911’s “Topical Methods of Bible Study” and a three-part series on “Soul Winning” (1,2,3).

The June 1911 issue includes a full-page obituary of Pierson by, of course, T. C. Horton. Horton notes that “Doctor Pierson belonged to what is known as the Old Guard of the extreme orthodox division of the Church. He stood four square for the Bible in its entirety.”

Pierson articles continued to appear for years after his death: “Scattered Proverbs,” “His Life and Testimony,” and “Deeper Secrets of the Bible,” in 1911. 1913 saw the articles “The Word of God” and “Enduement,” while a long article on “Supernatural Answers to Prayer” appeared in 1915. 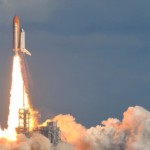 August 6, 2012
Remembering the Samwise’s of the World
Next Post

August 7, 2012 O Tell Us, Poet, What You Do
Recent Comments
0 | Leave a Comment
"Your scandalmongering is precisely why I and so many others avoid church."
Guest Nine Mighty Acts of God (Christoph ..."
"Brian, I have no intention of an argument or to name call. My observation was ..."
Casey Taylor Nine Mighty Acts of God (Christoph ..."
"You've already evidenced yourself ignorant of the original Greek in the Bible, when you accused ..."
Guest Nine Mighty Acts of God (Christoph ..."
"Ignorant of the original Greek? John 3:16 is perhaps the most well-known verse in the ..."
Guest Sitting Just Quietly in God’s Light
Browse Our Archives
get the latest from
Evangelical
Sign up for our newsletter
POPULAR AT PATHEOS Evangelical
1

Are Women Really That Helpless?
Preventing Grace
Related posts from The Scriptorium