Samuel Johnson is one of the acknowledged masters of English prose, a fixed star of style. As you might expect from the author of a dictionary, Johnson was master of a vast vocabulary, concatenating his words into characteristically long sentences. Those sentences! They are complex periodic constructions, piled high, triple-knotted, exquisitely balanced, and crafted to lead the reader in paths of sagacity. The Johnsonian style is not for everybody, but it is a perfect achievement in its own right. You may already love the style without knowing it; some of Jane Austen’s most celebrated sentences show his influence so conspicuously that they almost read like affectionate satires.

How’d he get so good? His admirer James Boswell wanted to know, especially in 1750 when Johnson started producing a twice-a-week series of essays called The Rambler. Think of them as long, printed blog posts, but awesome. “Posterity will be astonished,” Boswell said, “when they are told… that many of these discourses, which we should suppose had been laboured with all the slow attention of literary leisure, were written in haste as the moment pressed, without even being read over by him before they were printed.”

Boswell had his own theory for how Johnson could be ready to write a learned essay on a wide range of subjects, off the top of his head:

It can be accounted for only in this way; that by reading and meditation, and a very close inspection of life, he had accumulated a great fund of miscellaneous knowledge, which, by a peculiar promptitude of mind, was ever ready at his call, and which he had constantly accustomed himself to clothe in the most apt and energetick expression.

Johnson, says Boswell, had accumulated mental stuff and had accustomed himself to present it well. For more detail, Boswell reports Johnson’s own version of the explanation:

Sir Joshua Reynolds once asked him by what means he had attained his extraordinary accuracy and flow of language. He told him, that he had early laid it down as a fixed rule to do his best on every occasion, and in every company: to impart whatever he knew in the most forcible language he could put it in; and that by constant practice, and never suffering any careless expressions to escape him, or attempting to deliver his thoughts without arranging them in the clearest manner, it became habitual to him.

This is equal parts helpful and unhelpful. The helpful part is the fixed rule: “do your best on every occasion.” Every time we communicate, we are practicing something. If we give ourselves permission to speak carelessly, we are practicing carelessness, over and over, until we perfect the art of careless, whattayacall it, writing or whatever, blah!  Anyways, thats like good advice and maybe I’ll get back to it later on in this post or maybe not, who knows.

“In every company” is also a good reminder. Say you’ve been asked to speak a few words words to a motley crew of uninfluential people in an obscure place. Your mandate’s unclear and your audience is distracted. Do your best work for them. Bring your A game. Treat them like they deserve the most thoughtful presentation you can muster, even if it means taking the whole situation more seriously than your audience or the event organizers. Plan what you want to say in advance, and then go the next step: plan how you want to say it. Find the best words, the right approach, the most compelling arguments, “the most forcible language… in the clearest manner.” Do a rough draft, and then improve it. Fit it perfectly to your audience (not some imaginary bigger audience), and begin practicing care instead of sloppiness. It will become habitual. Samuel Johnson says so.

But there’s also something unhelpful in Johnson’s advice. As if “always do your best” is not enough of a burden on the conscience of a frustrated perfectionist, it gets worse. When you consider how well this rule payed off for Samuel Johnson, you realize that he read widely and wildly, thought in Latin, remembered everything, and had superpowers in the areas of both concentration and mental association. It seems that his mind was wonderfully constructed to profit from the kind of exercises he put it through. 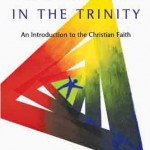 August 1, 2012
Delighting in the Good (Triune) God
Next Post

The Signs of Wilmore, Kentucky: A...
Anxious Bench
Related posts from The Scriptorium 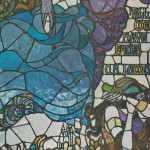 Evangelical
C.S. Lewis: on faces and how to get...
The Scriptorium 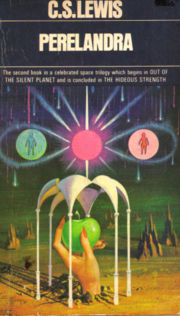 Evangelical
The Praise of Perelandra
The Scriptorium 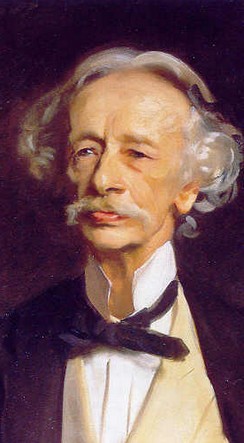 Evangelical
The Dazzling Dusk
The Scriptorium
TRENDING AT PATHEOS Evangelical